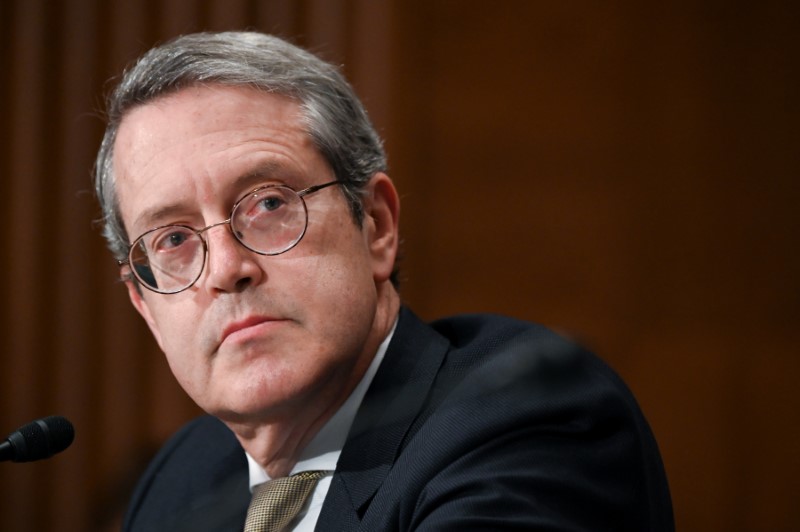 WASHINGTON (Reuters) – The U.S. Federal Reserve on Friday signaled it would take a lighter touch when supervising banks, in another win for the industry which has long complained that the regulator’s closed-door supervisory process is opaque and capricious.

In particular, foreign lenders Deutsche Bank (DE:), Credit Suisse (UL:), UBS and Barclays (L:) should no longer be held to the same supervisory standard as big U.S. banks after shrinking their combined U.S. assets by more than 50% over the past decade, said Fed governor Randal Quarles.

“We have been giving significant thought to the composition of our supervisory portfolios and, in particular, to whether and how we should address the significant decrease in size and risk profile of the foreign firms,” Quarles, who is also vice chair for Fed supervision, told a Washington conference.

His comments come as the Fed pivots from rewriting a raft of rules introduced following the 2007-2009 global financial crisis, to reviewing the way it puts them into practice.

While regulation draws bright lines on what lenders can and cannot do, Fed supervisors have discretion as to how those often highly complex rules are interpreted and implemented daily by each institution depending on their business profile.

Banks have complained that the Fed’s supervisory process, which is confidential, is too inflexible and applied unevenly and have lobbied for greater transparency and predictability.

The Fed supervises institutions according to different buckets, with the eight riskiest U.S. banks and UBS, Credit Suisse, Deutsche and Barclays, subject to the strictest scrutiny.

On Friday, Quarles said it no longer made sense to hold those foreign lenders to the same standard as the likes of Wells Fargo (N:) and Citigroup (N:) because their riskiness has declined. He suggested supervising them in line with regional banks such as PNC (N:) or Capital One (N:), potentially changing the competitive landscape for firms in that bucket.

In addition, Quarles outlined a number of “incremental” changes to the broader supervisory system that he said should “increase transparency, accountability and fairness.”

These include allowing banks to share confidential supervisory information with third parties, such as consultants, to make it easier for them to fix issues; limiting the number of written slaps on the wrist the Fed dishes out to banks for minor lapses; and increasing the transparency of models it uses to test banks’ resilience to potential economic shocks.