Home
Market
JPMorgan initiates coverage of Saudi Aramco with 'overweight' rating
Prev Article Next Article
This post was originally published on this sitehttps://i-invdn-com.akamaized.net/trkd-images/LYNXMPEG0E0L6_L.jpg 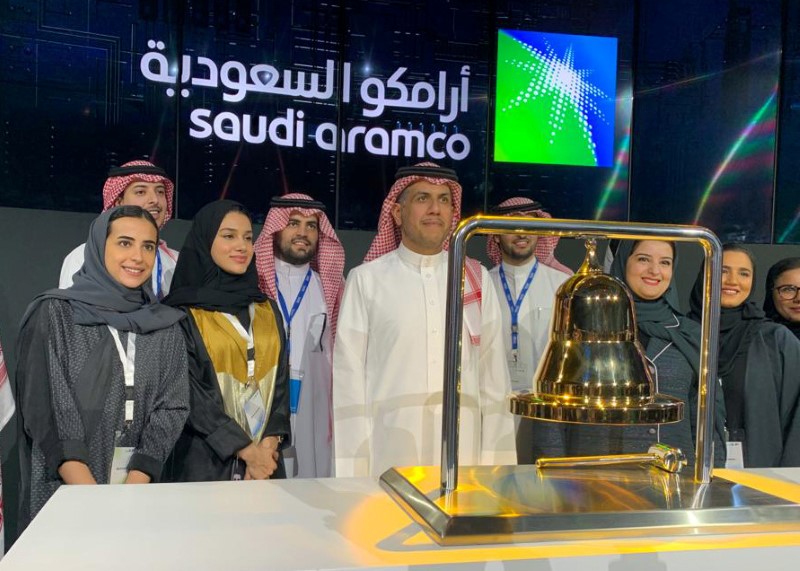 DUBAI (Reuters) – JPMorgan (N:) has initiated coverage of Saudi Aramco’s (SE:) shares with an “overweight” rating and a price target of 37 riyals ($9.86) per share, saying it sees scope for the company to increase its proposed $75 billion base dividend.

JPMorgan was a joint global coordinator on Aramco’s public share sale in December, which raised a record of $29.4 billion in total, including a so-called greenshoe allocation of extra shares on the back of strong demand.

In the run-up to the listing, the Saudi state oil giant said it planned to pay a base dividend of $75 billion in 2020.

“Our bullish view is predicated on its dividend growth outlook, with scope to increase the $75 billion baseline as production scales up,” it said in a note on Wednesday.

JPMorgan said Aramco’s ability to sell its oil at a premium, capital expenditure flexibility and a low debt to equity ratio, would allow Aramco to distribute a higher percentage of cashflow.

JPMorgan is the first major global bank to assign Aramco an overweight rating.

HSBC also initiated coverage of Aramco on Wednesday, with a “hold” rating and price target of 36.80 riyals, while Goldman Sachs (NYSE:) on Tuesday rated the company “neutral” with a price target of 41 riyals.

Both Bernstein and Jeffries initiated coverage of Aramco last month with an “underperform” rating, saying that the company had been priced at a premium to international oil majors despite governance issues.