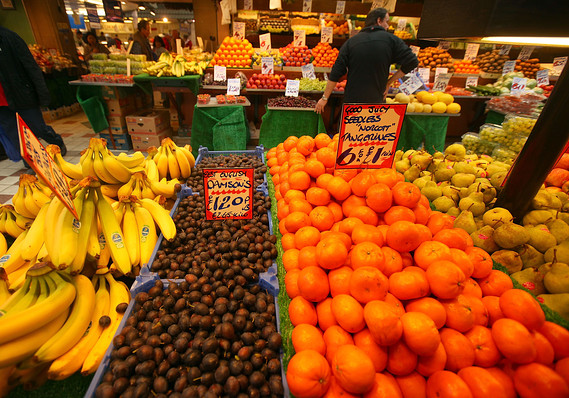 Consumer prices rose in 2019 at the fastest pace since 2011, but most of the increase was concentrated in rent, gas and medical care. Grocery prices barely rose last year.

The numbers: Higher prices for gasoline, health care and rent spurred another increase in the cost of living in December, capping off the biggest annual advance in inflation in eight years. But price pressures more broadly remained largely muzzled.

The increase in the cost of living in the past 12 months rose a few ticks to 2.3%, matching the highest level since October 2018. 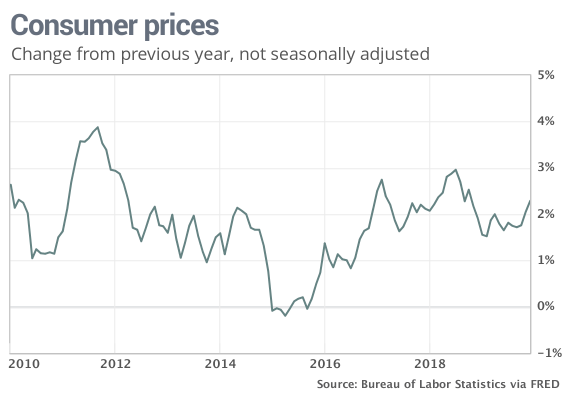 Yet inflation is still quite low by historical standards. Most of the price increases last year were concentrated in just a few areas and other measures suggest that U.S. inflation is rising less than 2% a year.

Indeed, the Federal Reserve is more worried about the prospect that inflation will fall even lower than it is about a sustained increase in prices.

What happened: The cost of gas at the pump actually declined in December, but not as much as it usually does. As a result, the government’s CPI measure showed a 2.8% increase in gas prices.

Food prices rose a mild 0.2% last month. The cost of eating out, however, is rising much faster than usual than buying groceries and making food at home.

After adjusting for inflation, hourly wages droppped 0.1%. They have risen a scant 0.7% in the past year.

Another closely watched measure of inflation that strips out food and energy edged up 0.1% last month. The yearly increase in the so-called core rate was unchanged at 2.3%.

Big picture: Despite a recent string of increases in the consumer price index, inflation more broadly in the U.S. has remained surprisingly low even with the tightest labor market in decades.

A related measure of wholesale prices doesn’t show much inflation bubbling up in the economy. And the Fed’s preferred PCE price tool to measure inflation is sharply lower than the CPI — it’s rose just 1.5% in the 12 months through November.

Relatively benign inflation, if it stays that way, will keep the Fed from raising interest rates in 2020. Low rates should help the economy to continue to expand for a record 11th straight year.

Read: Jobless claims fall for 4th week in a row to 214,000, back near postrecession lows