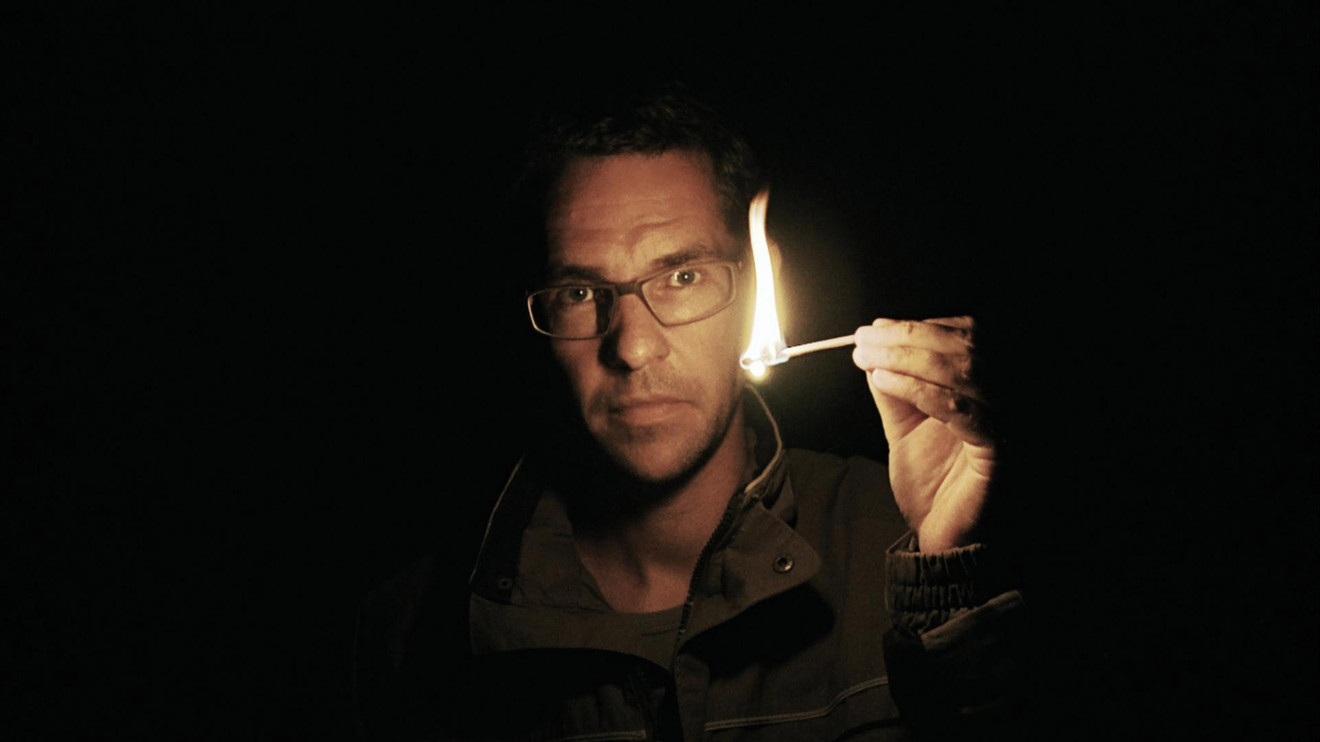 Sam Dogen, a San Francisco-based blogger at the Financial Samurai, retired in 2012 when he was 34. Despite the many perks of early retirement — waking up whenever you want, for example — it wasn’t the easiest decision.

Dogen said he suffered an identity crisis after giving up his title as executive director at an investment firm. He also doubted himself for the first few years of early retirement. He stopped telling people that he had retired early because he worried they just wouldn’t understand. He was disappointed he didn’t feel happier with his supposedly carefree life. “I’m an extrovert who enjoys constant human interaction,” he told MarketWatch. “Losing the constant camaraderie of colleagues, competitors and clients was the most difficult to deal with. So much of my social network revolved around my job because I consistently worked 12 hour days.”

Dogen didn’t give in to the doubt though, and feels that his perseverance has paid off. Not a day goes by that he and his wife are not thankful for retiring early, he said. “There’s always another dollar to be made, but never another second to create,” he said. “Once you have enough money to live comfortably, having more money won’t bring about any more happiness.” Still, he acknowledges this lifestyle isn’t for everyone.

Even knowing how good early retirement can feel in the end, others feel the jitters while taking the leap. Jay, who is becoming a stay-at-home dad later this year after deciding to retire early at the age of 41, is one of them. He has been saving and has a wife who will keep her full-time job as a professor — but he’s still a little unsure about the big lifestyle change.

Jay — who didn’t want his full name to appear in this article because he doesn’t want his current employer to know he’s planning to leave — is fearful of retiring early for a few reasons. He’s worried about the loss of income, even if his family will be supported by passive income and his wife’s salary. He’s also suffering from the fear of the unknown and a potential loss of identity, he said. What if there’s a devastating market downturn, or he gets a medical diagnosis for an expensive-to-treat disease? “These things could all happen if I’m still working but I have a steady paycheck coming in and don’t care if my brokerage accounts lose 60% of their value,” he said.

The FIRE movement, short for “financial independence, retire early,” is burning up on the internet. Hundreds, if not thousands, of anonymous bloggers (they tend not to reveal their identities because they’re still employed and are afraid of losing their jobs) share their goals of leaving their 9-to-5 jobs and write about how they plan to do so. Some choose to give up their careers entirely, while others decide to freelance in the industry they work in or try an entirely new part-time job.

Given the number of readers some of these bloggers have — Dogen’s site says he has about a million page views a month — it’s clear there’s a lot of interest in this concept. Reddit has an entire section devoted to financial independence, where users discuss in various threads how to accomplish early retirement, trade tips for specific industries and share personal experiences and methods.

Not all members of the FIRE community agree on how much you actually need to retire or how to go about saving that much, but they tend to agree the concept is very much worth the extra work and sacrifice.

Is it though? MarketWatch spoke with financial advisers about the financial and emotional consequences of early retirement.

Early retirees give up potentially high earnings, especially considering wages rise well into middle-age for many Americans. Earnings tend to peak around 48 for men and about 39 for women, according to an analysis by PayScale.

Physical laborers see peak earnings at an earlier age, whereas executives may not peak until their 50s or 60s. “Individuals who retire early are choosing to stop their earned income, which is the greatest defense against life expenses,” said Hank Mulvihill, director and senior wealth adviser at Smith Anglin in Dallas. “This is a decision not to be taken lightly.”

Here’s one way to figure out if early retirement is a sound financial decision: if savings and investments can produce equivalent after-tax earnings to your current income and there’s a chance those earnings will grow similarly to a salary or bonus, then it may work, Mulvihill said. But early retirees also have to consider other components of compensation, including insurance coverage and employer matches in retirement accounts, he said.

Saying goodbye to active income also means potentially reducing Social Security benefits. “If you believe that Social Security will be a part of your retirement income, then reducing your working years can have a significant impact on your financial benefit,” said Nicole Theisen Strbich, director of financial planning at Buckingham Financial Group in Dayton, Ohio.

Understand how much work is involved

Some say the idea of sustainable passive income — enough to last through retirement and thereafter — is a pipe dream. That’s what Gary Vaynerchuk, entrepreneur and author of “Crush It: Why Now Is the Time to Cash In on Your Passion,” argued in a popular Youtube video. “Passive income doesn’t exist and anything that starts with ’I don’t want to work’ is already a problem,” Vaynerchuk said in the video. The best way to make money is to make less money, just enough to live, and focus on something you’re passionate about. ”Save all those dollars, build something for yourself over seven years and then transition from your **** job to your own business. That’s passive.”

Josh Brown, financial adviser and chief executive officer of Ritholtz Wealth Management in New York, agreed with Vaynerchuk’s sentiments, and shared his own thoughts about the video on his blog. “You need to accumulate assets in order to generate large amounts of passive income,” Brown wrote. “You need to work like a dog over many years and not spend in order to accumulate those assets. There’s no in between unless you win the lottery.”

Untether yourself from consumer culture

To save enough, early retirement hopefuls will have to work extra hard and change their lifestyles, which may involve cutting back on eating out, movies and vacations. “They often have to live on a shoestring budget and forgo things that make life enjoyable,” said Anthony Badillo, lead planner at virtual financial advisory firm Gen Y Planning.

Aggressively saving is never a bad thing, he noted, and even people who don’t want to retire early should try to save 20% of their gross income if possible. But there must be balance. “I believe that we should use our money to live our best lives according to our specific values and beliefs,” Badillo told MarketWatch.

Vicki Robin, a personal finance guru and author of “Your Money or Your Life,” said the key to achieving financial independence is to clear the mind of the “thrall of the consumer culture.”

In other words, early retirees will most likely be successful if they can spend less on non-essentials. In the new version of her book, originally published in the early 1990s, she argues that financial independence must also include a bit of self-reliance, as in cooking more meals at home and doing repairs around the house yourself whenever possible.

The rise of the FIRE movement also comes at a time when people are prioritizing experiences over material possessions. There are plenty of less expensive excursions, like a day at the beach, sitting in cheap bleacher seats at a baseball game, going hiking or enjoying a potluck at someone’s home.

“The early withdrawal penalties are severe enough to make it unlikely these income sources will sustain early retirement through age 62, at which point individuals could claim Social Security income,” he said. To make early retirement work, individuals would need to aggressively save and create a financial plan that factors in which accounts they can use and when.

Fear of the unknown

Jay said he was afraid of a market downturn or unexpected medical expenses, among other unpredictable events. It’s one of the main financial reasons people shouldn’t retire in their 30s and 40s, said Roger Ma, a financial planner at lifelaidout in New York City. “Life happens,” he said. “A lot of unexpected things can happen to you that may totally derail your early retirement plan.”

People tend to dangerously underestimate their health care costs. More people have had trouble paying for their health insurance since 2015, according to the Kaiser Family Foundation, a nonprofit health policy organization based in San Francisco.

As a result, many people delay health care because it is too expensive. Some skip medical exams and treatment while others aren’t filling prescriptions, the foundation said. For a 65-year-old American couple retiring in 2018, the estimated cost of healthcare is $280,000 through retirement and that figure is expected to rise indefinitely. That estimate does not include long-term care.

What to ask yourself before taking the leap of faith

• Where will you get health insurance before age 65 when Medicare starts? Have you factored in the cost of health care in your expense estimates?

• Do you have financial reserves so that you don’t have to take Social Security as soon as it becomes available to you? (The longer you wait, the more you’ll see in Social Security income).

• How long do you think you’ll live? The answer will determine how much more you need to save to stretch through the next five or maybe six decades.

• How much guaranteed income do you have, such as pensions and annuities?

• Have you made a financial plan for your estimated living costs in retirement?

• How might the stock market affect your assets if there were to be a downturn much later in life?

“Retiring early is something that could allow for many more years of good times at an age when adults are still active,” Gagliardi said. “However, doing it on a wing and a prayer is a recipe for a possible disaster later in life. Like most things, planning is crucial for success here.”