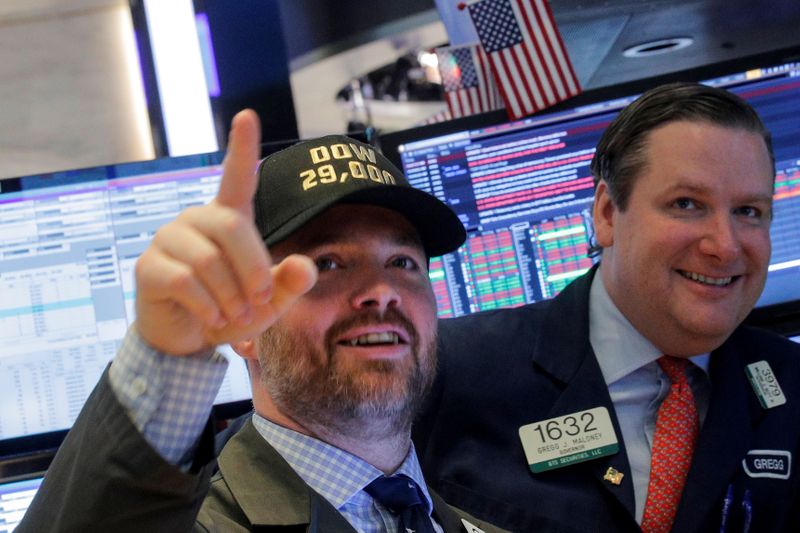 U.S. stocks opened at record highs, brushing off government data that showed U.S. jobs increased by 145,000 last month, below the forecast for a 164,000 rise.

The pace of hiring remained more than enough to keep the longest economic expansion in history on track, while Friday’s report also showed the jobless rate holding near a 50-year low of 3.5% and average hourly earnings rising 0.1% in the previous month.

“This report is almost in line with consensus except for the wage aspect. That was disappointing,” said Quincy Krosby, chief market strategist at Prudential Financial (NYSE:) in Newark, New Jersey.

“This report is not enough to move the market one way or the other.”

The data also did little to change expectations that the Federal Reserve will hold interest rates where they are for most of this year. [MMT/]

Bank stocks were down 0.7%, causing Wall Street to pare some gains in late morning trading.

Global equities resumed their record rally this week after the U.S. and Iran backed down on further military action, and hopes of an initial U.S.-China trade deal kept investors optimistic.

White House economic adviser Larry Kudlow told Fox Business Network that the trade deal is on track to be signed on Jan. 15.

With the fourth-quarter earnings season set to begin in earnest next week, analysts expect profits for S&P 500 companies to drop 0.6% in their second consecutive quarterly decline, according to IBES data from Refinitiv.

The S&P index recorded 57 new 52-week highs and no new low, while the Nasdaq recorded 78 new highs and 16 new lows.