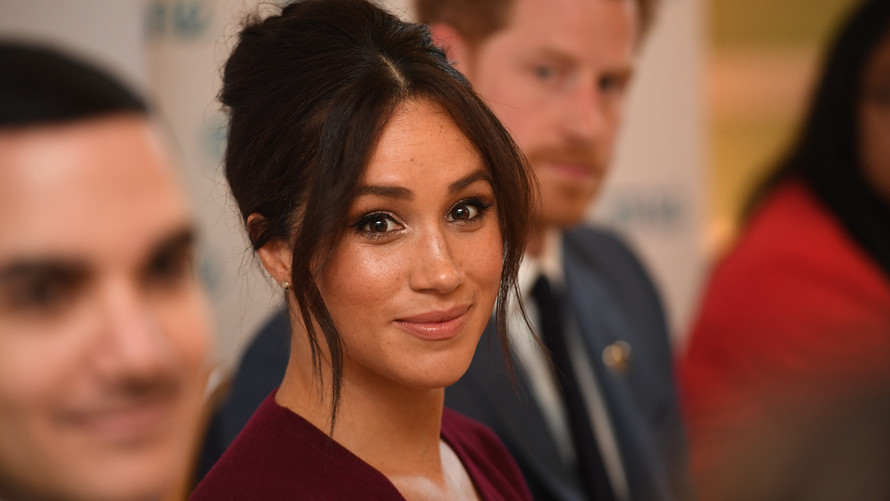 Meghan and Harry: The next Kardashians?

The TV mogul behind the world-wide “Real Housewives” franchise told MarketWatch he would “broker the deal” if Harry and Meghan want to launch their own reality TV show.

The couple trademarked products under their ‘Sussex Royal’ brand.

Harry and Meghan — also known as the Duke and Duchess of Sussex — shocked the world this week by announcing they were stepping back from their royal duties in the U.K. They say they will be dividing their jet-setting lives between the U.K. and somewhere in North America. They will also “work to become financially independent” of the British royal family, though they did not say how.

Harry is reported to have approximately $30 million, inherited from his mother Diana, who died in 1997, and his great-grandmother, the Queen Mother, who died in 2002. Meghan is thought to be worth about $6.5 million, mainly from her time on the USA Network legal drama “Suits.”

These sorts of sums sound princely to ordinary mortals. But they may not be enough to support a quasi-royal household, complete with security, indefinitely. In a place like Beverly Hills, even a five-bedroom house can set you back nearly $30 million. An annual withdrawal of 3% from the portfolio would generate income in the first year of $1.2 million before tax.

Don’t miss: ‘Meghan Markle found out she would be a civil servant in a tiara’

The royal couple has yet to announce where in North America they are likely to land. Vancouver in Canada, the city they recently visited, has a population of less than 700,000. Prince Harry reportedly complained about the rain.

Buckingham Palace is declining to comment. “We’re not offering any comment or guidance,” said a spokeswoman. “We’re at an early stage and there are a lot of complicated issues to work through.”

Prince Charles, who is due to inherit the throne, has reportedly been supporting Harry and Meghan lavishly. Whether he is going to carry on when they’ve ceased most of their royal duties is another matter.

‘I’m sure she understands the influencer ecosystem.’

A reality TV show may be unlikely, Dunlop concedes. But it has enormous potential for the couple. “I think the public would like to see in an unfiltered way what it’s like for them at home. They have to be honest with the audience. They have to show their real selves, not their royal selves,” he says.

The couple have already trademarked products under their “Sussex Royal” brand, with a logo that combines the letters H and M in a flowing, copperplate font under a crown. The trademark can be applied to their charitable foundation, but also to commercial products.

Their Instagram FB, +1.43%  account has 10.3 million followers. Hype Auditor, a professional website that analyzes social media, ranks their page 564th in the world and says it has “excellent” audience authenticity, engagement and reachability.

In terms of marketing potential, 80% of their Instagram followers are female, with most in their 20s and 30s, says Hype Auditor. The Sussex’s fans are most interested in beauty, fashion, art, design, restaurants and food.

For advertisers and marketers this is the sweet spot.

“Can you think of anyone better positioned than Meghan and Harry to create media buzz?” asks Monica Dwyer, a financial adviser in West Chester, Ohio. “The two of them together are a powerhouse.”

Meghan Markle “is a former actor. I’m sure she understands the influencer ecosystem,” says Dunlop.

Reality TV programs can generate enormous revenues through product tie-ins. Whether the Sussexes want to go this route, and risk the criticism they would probably get from the U.K., is another matter. They could, for instance, take a more high-brow approach with a streaming service like Apple AAPL, +2.12%  or Netflix NFLX, -1.06%.

Meanwhile, Dunlop adds that the Sussex reality TV show he’d really like to see is one we never will. Several media outlets reported Thursday that Queen Elizabeth II was taken by surprise when the Sussexes made their announcement and had asked them to delay their decision. “It would be great if the cameras were rolling right now,” Dunlop says, “behind the scenes.”