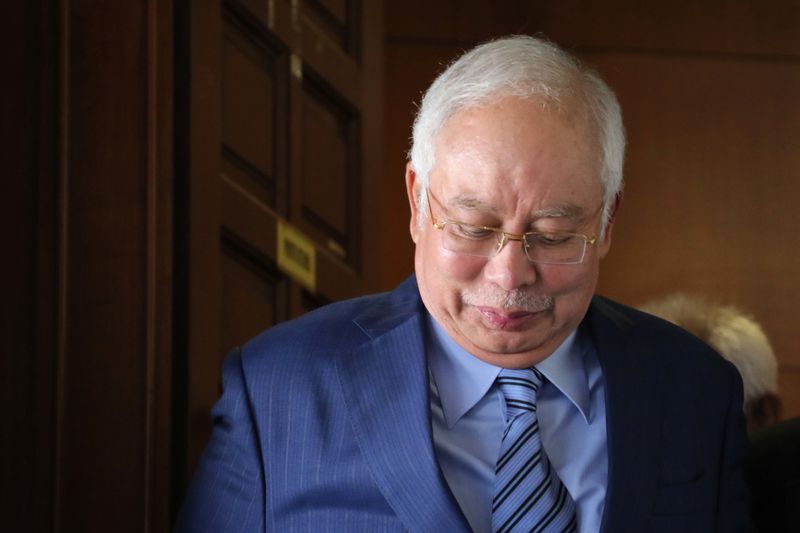 By Rozanna Latiff and Joseph Sipalan

Najib rejected the allegations and the UAE government communication office, the National Media Council, which also represents the palace, did not immediately respond to a request for comment.

The Malaysian Anti-Corruption Commission (MACC) played audio clips for the media of nine phone conversations from 2016 that it believes are linked to the 1Malaysia Development Berhad (1MDB) multi-billion dollar scandal.

MACC chief Latheefa Koya said the audio clips, which were handed to the agency anonymously earlier this month, were proof of a “high-level criminal conspiracy” to cover up wrongdoing.

Latheefa said forensics showed that the nine recordings were authentic and would be shared with the police and other authorities for further investigation.

Najib told reporters on Wednesday he was “shocked by this revelation” and is looking at legal options as the audio clips would have allegedly been recorded while he was the head of government.

“I’m studying the content and I have referred this matter to my lawyers. This has never been done in the history of this country,” he said. Najib did not confirm or deny the authenticity of the recordings.

Najib faces 42 criminal charges in five separate trials related to the alleged theft of billions of dollars from 1MDB, the subject of investigations in at least six countries including the United States, Singapore, and Switzerland. He has plead not guilty.

Malaysian and U.S. authorities say about 4.5 billion U.S. dollars was misappropriated from 1MDB, co-founded by Najib in 2009.

Latheefa told a news conference that the audio recordings raised issues such as “abuse of power, criminal conspiracy, obstruction of justice, compromising national security, fabrication of false evidence through foreign aides and connivance”.

In one recording, Najib allegedly asked the crown prince to help fabricate a loan agreement to show that Najib’s stepson, Riza Aziz, had received financing from UAE state fund International Petroleum Investment Company (IPIC) and not from money siphoned from 1MDB.

“The premise is relatively small, if there can be an agreement with Sheikh Mansour to have a loan agreement signed… that will show that it is a legitimate financing package, it’s not money laundering,” Najib allegedly said on the audio clip, referring to UAE deputy Prime Minister Sheikh Mansour bin Zayed al-Nahyan, who was then chairman of IPIC.

A lawyer for Riza, whose firm produced 2013 Hollywood movie The Wolf of Wall Street, did not respond to a request for comment. UAE fund Mubadala Investment Co., formed after a merger between IPIC and Mubadala Development Co. in 2017, declined to comment.

(This story fixes typo in headline)