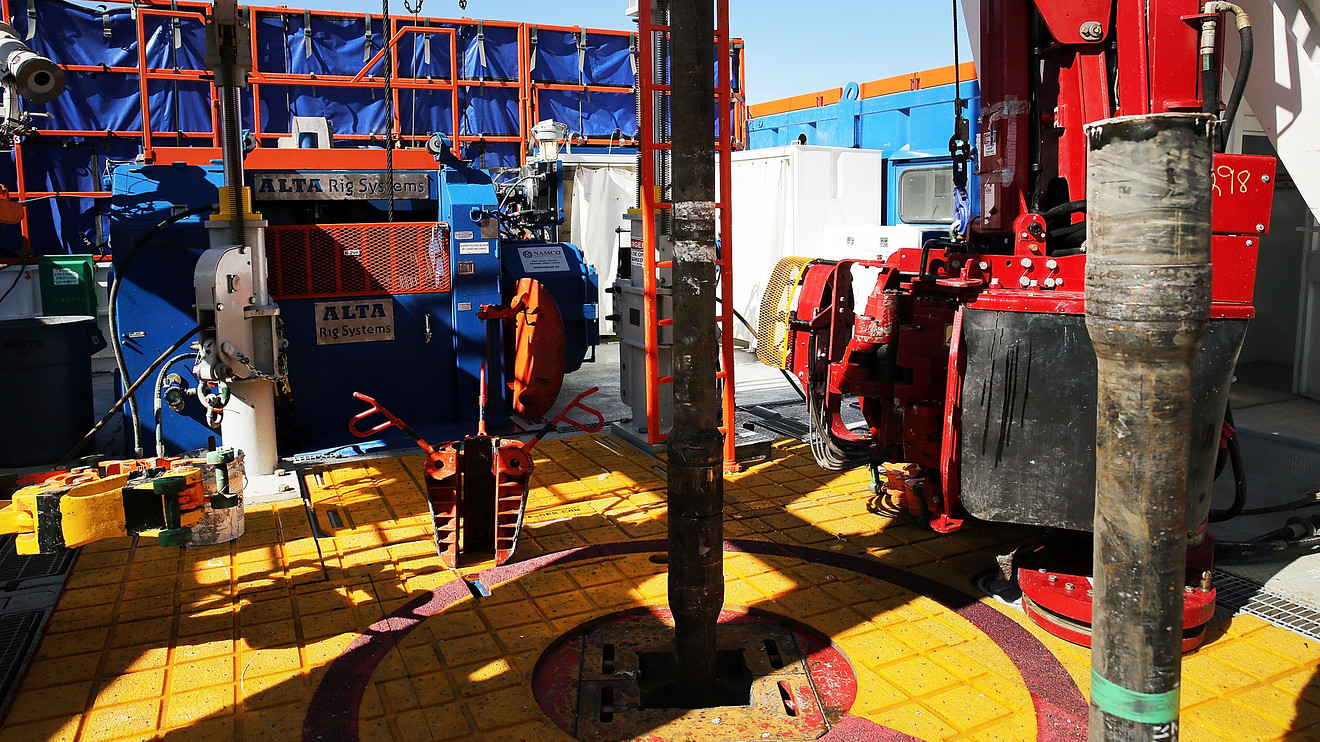 Shares of Apache Corp. on Tuesday surged toward their biggest one-day gain in nearly 50 years, after the oil-and-gas company announced a “significant oil discovery” off the shores of Suriname.

That prompted Bank of America analyst Doug Leggate to “immediately” turn bullish, saying the discovery off of South America’s coast is a “potential game changer” for the investment thesis around the energy stock.

The rally was on track to be the stock’s best one-day performance since it rose 30.8% on Sept. 25, 1973, according to Dow Jones Market Data.

Apache said the discovery was at the Maka Central-1 well drilled offshore Suriname on Block 58. The company said the well was drilled by the drillship Noble Sam Croft with Apache as operator, and with both Apache and Total SA holding 50% working interests.

BofA Securities’s Leggate raised his rating to buy from neutral, saying the Suriname discovery “immediately starts to derisk exploration value.” He boosted his stock price target to $36, which is about 12% above current levels, from $28.

Although Leggate said the scale can’t be determined from the first well, he believes the discovery confirms the oil window he had postulated, which is the continuation of the working hydrocarbon system from the adjacent Stabroek block, and positions Apache as the most levered U.S. exploration-and-production company to the Guyana-Suriname basin after Hess Corp. HES, +0.10%.

Cowen’s David Deckelbaum said that while Apache continues to run tests to determine the permeability another other features, and will also require appraisal drilling, the announced pay is certainly significant.

“It’s early, but fluid tests indicate quality oil and pay is substantial, i.e. potential for a multi-billion [barrel] find,” Deckelbaum wrote in a research note, which was titled, “Suriname oil: Not Maka believe.”

He kept his rating at market perform and his stock price target at $22, which was more than 45% below current levels, saying he believed a billion barrel-plus discovery was already priced into the stock.