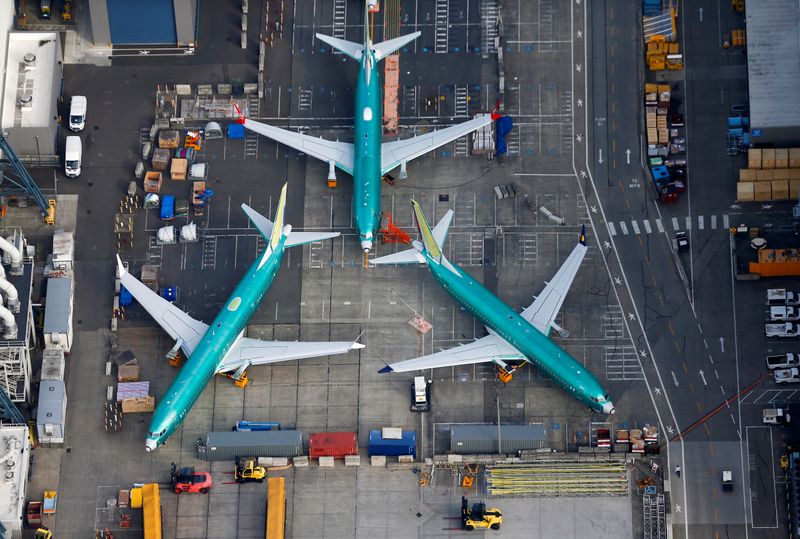 © Reuters. An aerial photo shows Boeing 737 MAX airplanes parked on the tarmac at the Boeing Factory in Renton

(Reuters) – Boeing Co (N:) said on Thursday Michael Luttig, who was appointed senior adviser to the planemaker’s board amid the 737 MAX crisis in May, will retire at the end of the year.

The company had named Luttig, who has served as general counsel since joining the company in 2006, to the position of counselor and senior adviser to former Chief Executive Officer Dennis Muilenburg and to Boeing’s board. (https://reut.rs/3778A6U)

The 737 MAX has been grounded since March after two crashes in Indonesia and Ethiopia killed 346 people within a span of five months.

Luttig’s announcement to retire follows Muilenburg’s dismissal as chief executive officer this week, after repeatedly failing to contain the fallout from the crashes that halted output of its best-selling jetliner.

Chairman David Calhoun, a former General Electric (NYSE:) executive who has been on Boeing’s board since 2009, replaced Muilenburg as the chief executive officer effective Jan. 13.