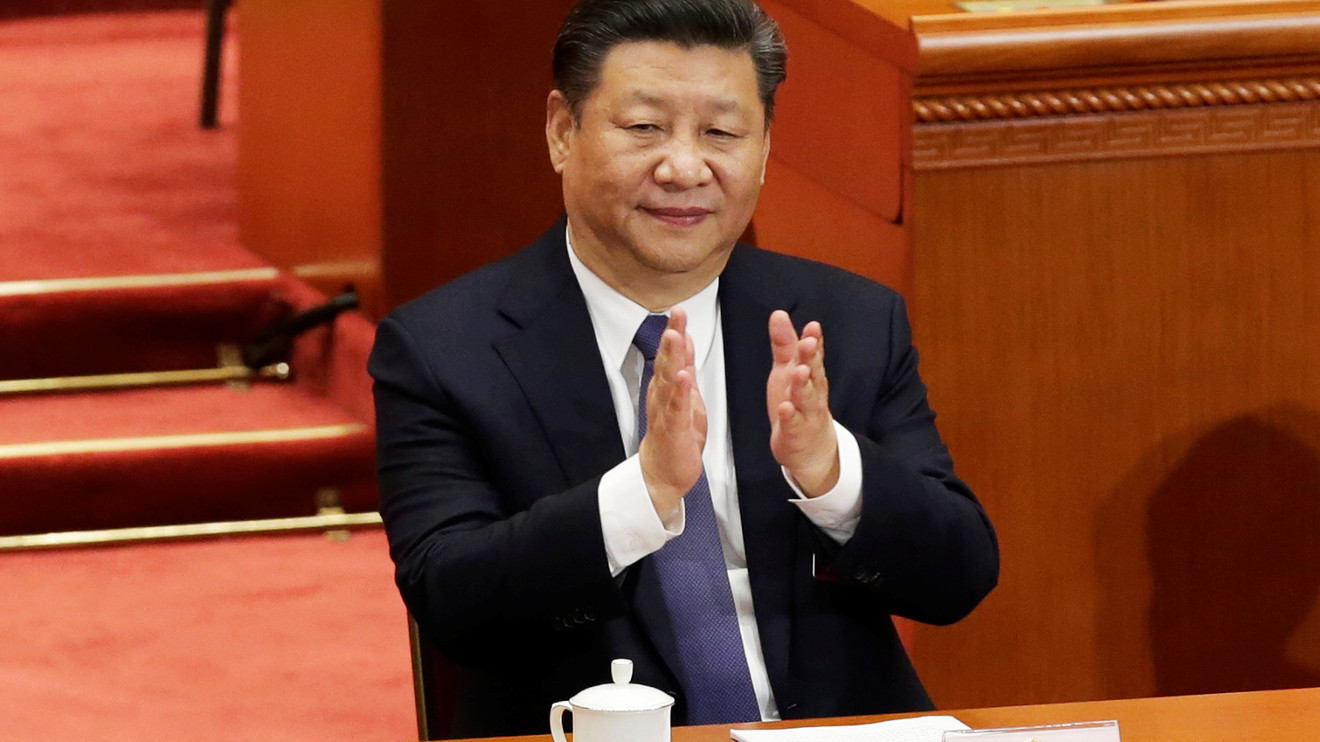 As the year and the decade come to a close, China can look back at extraordinary achievements and alarming warning signs. This seeming contradiction is part of what makes the country so fascinating to watch, and so frustrating for outside investors and entrepreneurs.

On the one hand, China’s per capita GDP finally topped $10,000 this year, according to IMF estimates, lifting still more people out of poverty. Its first self-built aircraft carrier officially set sail this month. It launched the world’s largest 5G network. It lured away two more of Taiwan’s allies. It celebrated its 70th anniversary with a daunting display of military might.

It was a big year for China. And yet it was a troubling year.

The country’s overall economic growth fell to its lowest rate in three decades. Its automobile industry continued to sputter. Debt remained so worrisome that there were multiple rural bank runs. Mainland stock indexes SHCOMP, -1.40% largely stagnated. Chinese companies that listed in the U.S. saw their valuations fall — as did the country’s feeble birthrate.

And China lost much of whatever international goodwill it had by forcibly detaining a million Muslim Uighurs in Xinjiang and interfering in Hong Kong’s fight to preserve its democracy — a city that slipped into recession while defying Beijing through a spectacular series of massive street protests.

Plus: ‘Socially responsible’ investors may have unwittingly backed police-state surveillance in China

And: Why 2020 could be Xi Jinping’s worst year yet

And, in the economic story of the year, China went head-to-head with the United States in a protracted trade war that has shaken global markets, remade Asian supply chains, and placed tariffs on half a trillion dollars’ worth of goods.

What, then, will 2020 offer? Here are five stories to watch in the coming year:

The fate of the trade war: About that trade war. It has been long and painful, denting global growth and hitting U.S. farmers and Chinese manufacturers, among many others. But Santa Claus may be bringing gifts for the bickering rivals. The two countries have “just achieved a breakthrough on the trade deal and we will be signing it very shortly,” President Trump said Saturday in Florida, referring to the so-called Phase 1 of what is expected to be a broader deal.

But even if that broader deal is reached in early 2020, the effects of the 20-month-long protectionist parrying will be felt for some time. And there’s always the chance the détente will fall apart and the conflict will reignite. Either way, it will remain the story to watch between the world’s two largest economies.

Will a cooling economy spook Beijing? The trade war couldn’t have come at a more vulnerable time for China. Its economic growth has slowed to its weakest rate since 1990, ringing in at an estimated 6.1% this year and a probable 6% in 2020, according to the Chinese Academy of Social Sciences. This hurts workers, pensions, banks — just about any economic actor in the country.

Overall, however, it is the bitter medicine China needs. Much of the country’s eye-popping growth streak was underpinned by money-losing projects and debt — debt that has ballooned to 300% of GDP. Thus, the slowdown means China’s wild days of spending are winding down, and presents an opportunity to clean up some of that red ink.

What to watch for in 2020: Will policy makers get spooked enough by the slowdown that they implement new government stimulus? This could boost short-term growth but be a shot in the arm for the debt zombie.

Tackling debt amid weakened growth: Government stimulus aside, how will China handle its trillions of dollars in debt next year and the years to come. Aggressive deleveraging risks a steeper economic decline and rising unemployment — and discontent among the masses remains the Communist Party’s top fear. In fact, the party has pinned much of its legitimacy on economic growth, so the slowdown and the need to tackle debt come at a tricky time.

It is unclear how policy makers will juggle these conflicting needs, but expect many local government liabilities, as well as small banks — which are responsible for a significant portion of China’s debt — to be subsumed by the country’s big lenders.

A Chinese digital currency: China had planned to roll out its own digital currency this year, but, amid a personnel shakeup at the central bank, the plan was postponed. Observers are expecting it to be unveiled in 2020, but details remain secretive. Will it be based on blockchain technology?

Will big players such as Tencent TCTZF, +0.64% 700, +0.69% and Alipay BABA, +0.94% get early access to the new techno-currency, and how will it integrate with their existing digital-payment platforms, which are thriving in China? Perhaps more important, how will the rest of the world react to a form of money that can potentially be closely tracked by the Chinese government?

See: These are the innovations changing the language of money

Economic opening: Much of the above will depend on, and be affected by, how much China continues to open its economy to the world. It took a few significant steps in 2019, allowing controlling shares in several sectors. In July, Premier Li Keqiang’s said that China would completely abolish caps on foreign ownership of domestic securities firms, mutual-fund firms and futures companies in 2020.

But even if those policies take effect, China could require new foreign-owned entities to play by different rules, and new entrants are unlikely to shake the infamous outsider problem of inadequately understanding and adapting to the Chinese market.

These and other stories — Huawei, the Belt and Road Initiative, widespread social surveillance, health care for 1.4 billion people — will keep China watchers busy long into the coming decade. But 2020 itself should offer some clarity on where the rising global superpower intends to flex its muscles and engage with the world.

Tanner Brown is a contributor to MarketWatch and Barron’s and producer of the Caixin-Sinica Business Brief podcast.