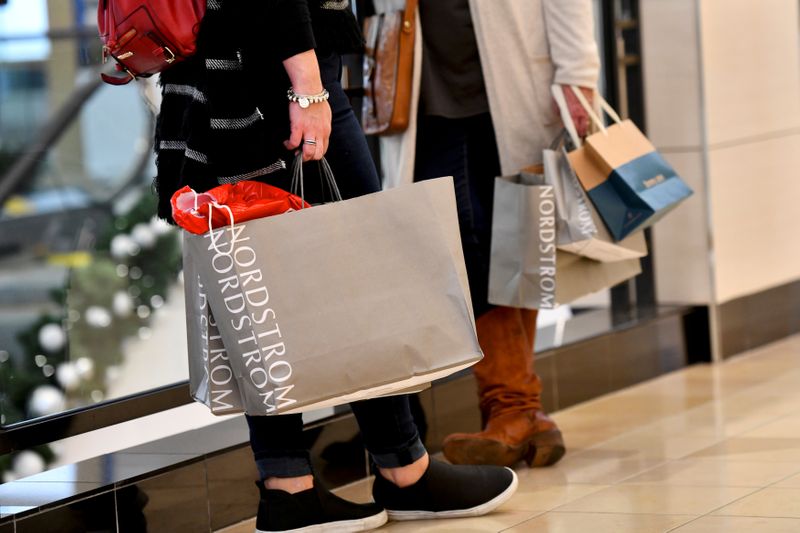 But rather than snapping up bargains and favorite gifts for friends and family, the chief retail industry adviser is there to scrutinize the purchasing habits of others as online shopping upends the retail business.

Major shifts in consumer behavior and preferences have forced Cohen, who works for market research firm NPD Group, and other retail analysts to approach their jobs very differently than two decades ago.

“If you were to try and replicate research methodology, or even store observation, in today’s world, you’ve got a problem,” Cohen told Reuters. “It’s no longer good enough to just look at store traffic or parking lot counts.”

Cohen and his peers need to get it right because their insights, reported to investors and retail clients, influence marketing, move share prices and guide investment decisions.

A record number of U.S. consumers spending more online, coupled with a condensed holiday shopping season and year-round discount wars among retailers, has forced analysts to get creative, with many shifting away from old-school tactics to measure a company’s overall performance.

Instead of simply asking shoppers why they left a store empty-handed, analysts are probing the effect of online giant Amazon.com Inc (NASDAQ:), asking whether customers started Christmas shopping in July on Prime Day, now a major event in the annual retail calendar to rival Thanksgiving weekend’s Black Friday.

Calculation of sales per square foot is giving way to a tally of how many Instagram-native, exclusive and private fashion brands are offered on a retailer’s sales floor and website, and analysts — rather than simply seeing how many bags a shopper leaves with — are now counting how many younger millennial and Gen Z shoppers frequent a store and whether they make a purchase.

But other retail analysts said online shopping and a slew of services like “buy online, pick up in-store” can hinder the ability to estimate a retailer’s conversion rate – a traditional measure of the proportion of visitors who make purchases.

Brian Field, senior director of global retail consulting for ShopperTrak, part of retail data firm Sensormatic Solutions, said it was particularly difficult to figure out if traffic reported by retailers came from people buying items in-store or shoppers picking up online orders. “It is kind of synonymous with the fact that retailers are reporting blended sales, which include sales online and sales in-store together,” Field said.

“I think what it really boils down to is the customer journey has changed – it can start anywhere, in-store, online and end anywhere.”

When Marie Driscoll, Coresight Research’s managing director of luxury and fashion, received an email from Saks Fifth Avenue less than a week before Black Friday alerting her that several small leather designer goods such as wallets were on sale, she took note.

The department store, she thought, might have been struggling to sell such items, which are often given as gifts.

“It would be flawed to gauge category performance based on customer emails, as the majority include personalized recommendations derived from a client’s shopping preferences,” a company spokesperson said.

Consumer Growth Partners’ Johnson keeps close tabs on how many fashion brands born on Instagram are on the sales floor when he visits Nordstrom Inc (NYSE:) these days. That tells him whether the retailer is catering to young shoppers who search for labels on their smartphones.

A source with knowledge of the matter said Nordstrom looks for opportunities to launch new brands and expand existing partnerships with limited distribution and emerging brands to differentiate their product line.

U.S holiday retail sales during November and December are expected to increase by around 4% from 2018 to as much as $730.7 billion, according to the National Retail Federation (NRF) – a percentage rise dwarfed by the 13.6% annual jump Adobe (NASDAQ:) Analytics has already seen in online sales between Nov. 1 and Dec. 19, to $125.6 billion. Smartphones accounted for 35.3% of that revenue.

But analysts say retail companies are providing too little information too late, forcing them to draw conclusions from very limited data.

“You don’t get the full holiday picture until months later…Until (the retailers) actually report, you’re flying blind,” said Charlie O’Shea, who has worked as a retail analyst for Moody’s for 17 years covering Walmart (NYSE:) Inc, Target Corp (NYSE:), and Best Buy Co Inc (NYSE:) among others.

“All the retailers talk about is sales…we need to know how much money you made,” he added.

“You’re looking at a stew here…with a bunch of different ingredients, and then you just try and frame a picture.”