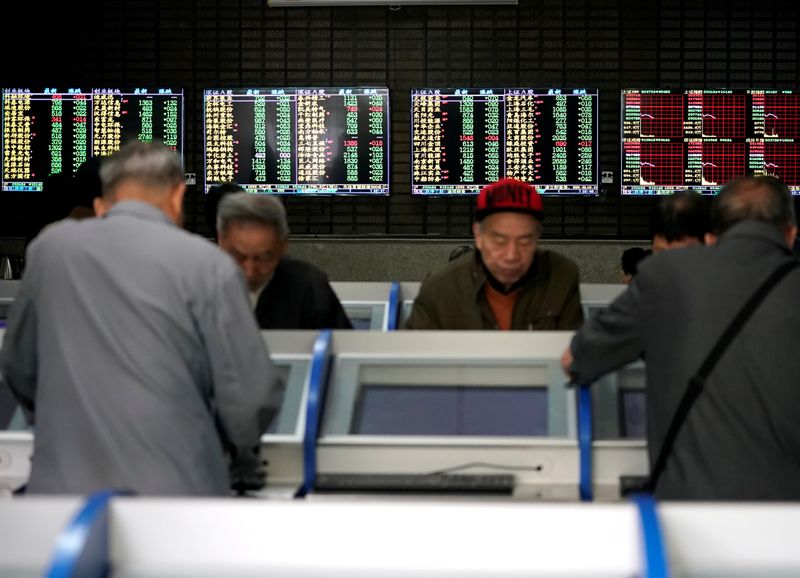 By Luoyan Liu and John Ruwitch

SHANGHAI (Reuters) – Foreign investors are on their longest spell of buying Chinese stocks this year, increasing their bets on the mainland markets as Beijing and Washington prepare to resolve a long-running trade war.

That has turned the fortunes around for Chinese technology shares. The sector, which was facing steady selling pressure last year, is now at fresh highs as overseas investors continue to buy into China’s A-share market for 26 straight sessions.

Beijing’s steps to build its own tech capabilities, including the July launch of the Nasdaq-style STAR Market have been an additional reason luring foreign investors into China’s tech sector.

That is despite lingering concerns over Washington’s scrutiny and blacklisting of Chinese tech companies such as telecoms giant Huawei [HWT.UL] and some leading AI firms.

Foreigners have spent more than 190 billion yuan ($26.99 billion) so far in 2019 purchasing shares listed on the tech-heavy Shenzhen Stock Exchange versus 113 billion yuan in 2018.

They were net sellers only in April and May, a period of escalating Sino-U.S. trade tensions.

For a graphic on Foreign investors have been net buyers in Shenzhen stocks in the past seven months, click https://fingfx.thomsonreuters.com/gfx/buzzifr/15/3213/3213/Foreign%20investors%20have%20been%20net%20buyers%20in%20Shenzhen%20stocks%20in%20the%20past%20seven%20months.png

Shares of Shanghai-based semiconductor firm Will Semiconductor (SS:) have soared more than 400% this year, with its price-to-earnings (PE) ratio swelling to more than 5,000, according to Refinitiv data.

That compares with a PE ratio of 12 for U.S. listed semiconductor firm Vishay Intertechnology (N:).

Will, which many stock analysts recommend for its leading position in China’s chip industry, reported a near halving of its net profit in the first nine months and yet saw foreign investors raise their stake to 21 million shares, equating to 15% of its shares listed and traded in Shanghai.

For a graphic on Valuations of China’s tech firms surge amid strong foreign inflows, click https://fingfx.thomsonreuters.com/gfx/buzzifr/15/3137/3137/Valuations%20of%20China’s%20tech%20firms%20surge%20amid%20strong%20foreign%20inflows.png

Foreign investors own more than 5% stake in more than a dozen Chinese tech firms, according to HKEX and company statements.

An index tracking China’s major information technology firms hit its highest in more than two years on Wednesday, after a 70% gain this year versus the 21% rise in the benchmark Shanghai index.

For a graphic on China’s IT and tech-heavy start-up stocks outperform amid strong foreign inflows, click https://fingfx.thomsonreuters.com/gfx/buzzifr/15/3217/3217/China’s%20IT%20and%20tech-heavy%20start-up%20stocks%20outperform%20amid%20strong%20foreign%20inflows.png

So far, it is mainly foreign investors who are boosting exposure to China’s tech industries as the country opens up its markets, while most domestic institutional investors are less willing to remain invested in the sector, analysts at Zhongtai Securities noted in a report.

In November, shares of half a dozen tech firms on the STAR Market slid below their initial public offering prices as investor euphoria cooled.