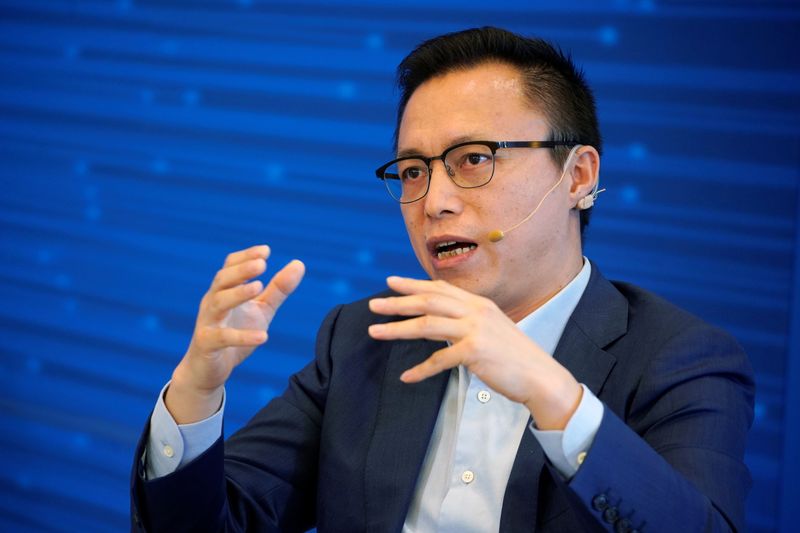 Most notably, Ant Financial has appointed Simon Hu as its new CEO, replacing Eric Jing, the unit said in a statement.

Jing will remain executive chairman of Ant Financial, a position he had held concurrently with the CEO title.

Hu joined Alibaba Group in 2005 and served as president of Ant Financial since November 2018. Before that, he held positions in Alibaba’s cloud computing and SME loan divisions.

The new appointment at Ant Financial comes as the division, which handles hundreds of billions of yuan in online transactions via its payment service Alipay, faces a long-awaited IPO.

In September, Alibaba won regulatory approval to purchase 33% of Ant Financial in exchange for rights to 37.5% of Alibaba’s profits.

Analysts speculated the restructuring marked a major step toward a listing. But in September, Ant Financial’s president of its international division Douglas Feagin told CNBC the company had no timetable for an IPO.

At the same time, Ant Financial Chief Technology Officer Cheng Li will replace Jeff Zhang as the CTO of Alibaba, according to an internal company letter seen by Reuters.

Jeff Zhang will remain the chairman of the Alibaba Technology Committee, Dean of Alibaba’s DAMO Academy and president of Alibaba Cloud Intelligence, the letter added, which was written and signed by Alibaba Group CEO Daniel Zhang.

“From where we stand today, we can clearly see the need for multiple business groups to have complex collaborations in each of our strategic pillars in order to win success,” Daniel Zhang wrote in the memo.