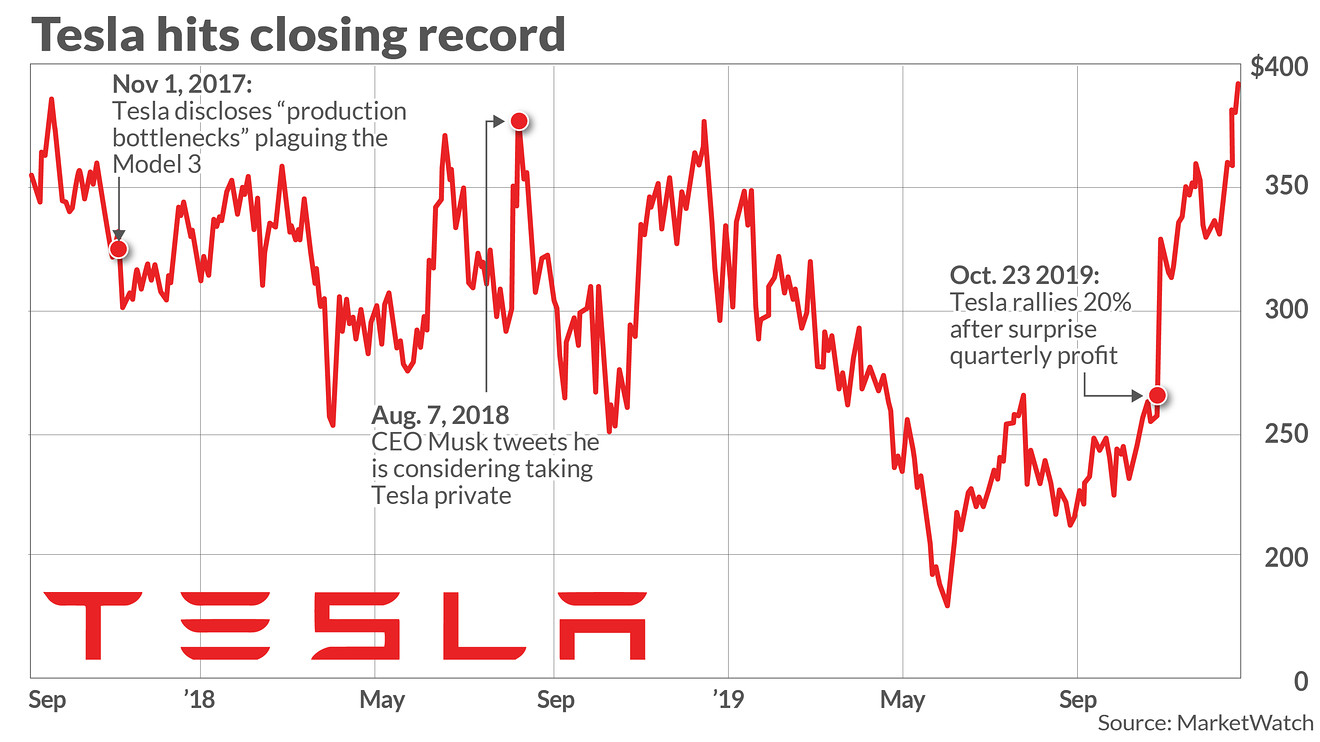 Tesla Inc. stock soared to a closing record Wednesday, the culmination of a late-year rally that started in October when the Silicon Valley car maker surprised investors by showing a profit for its third quarter.

Some investors see potential for margins in China to be above the company average around 25%, said Bill Selesky, an analyst with Argus Research. A positive report this week from Credit Suisse, known bears on the stock, also likely helped, he said.

Earlier this week, analysts at Oppenheimer said that the production ramp in China was likely to be “smooth.” And, after a visit to the Tesla “gigafactory” in Nevada, Dan Levy of Credit Suisse said Tesla’s batteries offer it a clear advantage over other auto makers.

The company in October reported a surprise GAAP and adjusted profit for the third quarter, kicking off the late-year gains for the shares, which include a 31% advance for October.

Related: Jim Chanos on Tesla: ‘We are still bears’

Tesla is also fresh from showing off its “Cybertruck,” and Chief Executive Elon Musk has said the pickup truck already has received about 250,000 preorders, which each including a $100 refundable deposit.