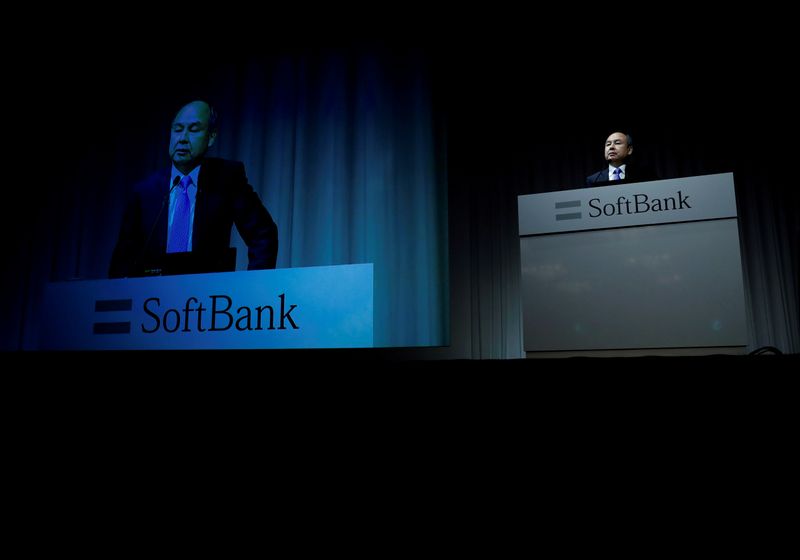 The comments came as Son pointed to the widening gap in GDP and AI-related patents filed in Japan compared to China and the United States.

“Japan has lost the past, but may be losing the future,” he said.

Son said Japan should focus on two areas – autonomous driving and DNA-centered medicine – to help combat the pressures of its rapidly aging society, which is seeing a rise in traffic accidents involving elderly drivers and healthcare costs.

“Even today’s technology of autonomous driving is better than senior citizens driving on the street,” Son said.

SoftBank and its $100 billion Vision Fund has focused investments in these two areas, including ride-hailer Uber Technologies (N:) and medical testing firm Guardant Health (O:). Both companies have sold off in public markets recently.

As U.S.-China trade tensions create uncertainties along supply chains, Japan should leverage its close relationship with the United States to get ahead in cutting-edge tech, Son said.

“Instead of fighting against American technologies, let’s collaborate,” he said.