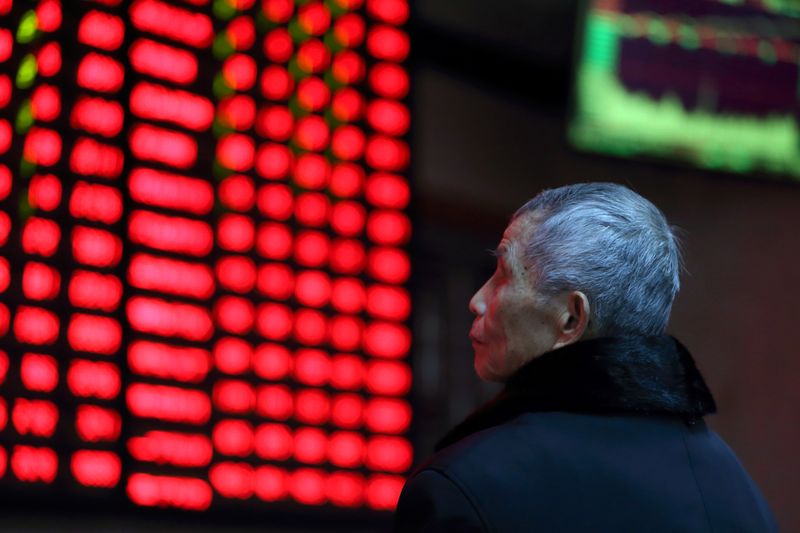 SHANGHAI (Reuters) – Asian shares ticked higher on Monday as investors cheered an announced trade agreement between Beijing and Washington over the weekend although jubilation was capped by prevailing scepticism about the deal.

U.S. Trade Representative Robert Lighthizer on Sunday said a deal was “totally done”, notwithstanding some needed revisions, and would nearly double U.S. exports to China over the next two years.

That helped push the MSCI’s broadest index of Asia-Pacific shares outside Japan, which had touched its highest level since April 24 on Friday, up 0.21%.

Australian shares jumped, adding 1.23%. But Japan’s pulled back 0.21% after a strong rally on Friday that pushed the index to a 14-month high.

The small drop in Japanese shares also reflected continued investor trepidation over the specifics of the trade deal.

“The announcement is a step in the right direction for the two nations, but does not completely reduce the chances of trade disputes between the two nations in the year,” ANZ analysts said in a morning note.

The “phase one” agreement came ahead of the deadline on Sunday for a new round of U.S. tariffs on almost $160 billion of Chinese imports. The 17-month-old trade dispute has roiled financial markets and taken a toll on world economic growth.

The , which tracks the greenback against a basket of six major rivals, was down at 97.140.

Oil prices, which had risen on Friday following the deal, cooled in early Asian trade on Monday. U.S. West Texas Intermediate crude was down 0.38% at $59.84 per barrel.