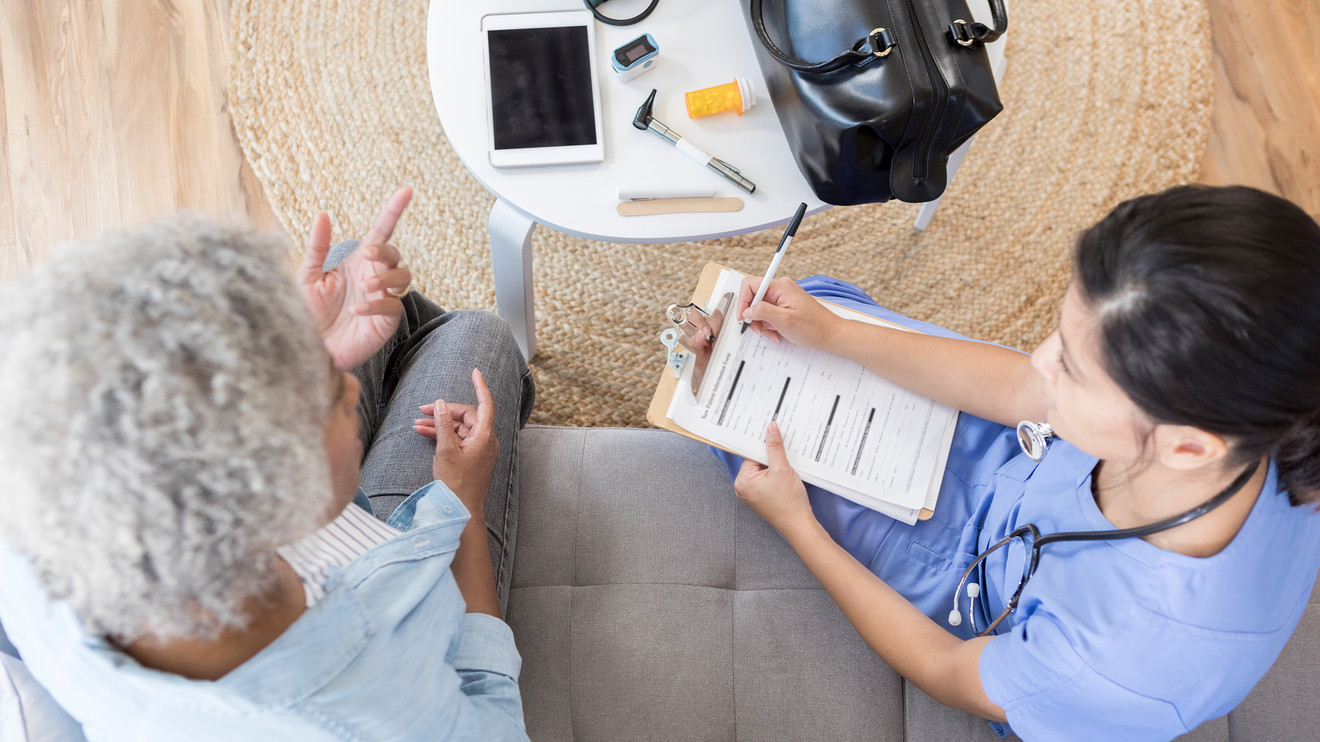 Older Americans make up a large share of hospital visits, and yet the medical industry — and society — still don’t know how to treat them.

People are living longer and more active lives in old age, but ageism is rampant, said Louise Aronson, author of “Elderhood: Redefining Aging, Transforming Medicine, Reimagining Life,” a book about geriatrics and what society gets wrong about older people. Old age is treated as a misfortune — something to hide — but it’s a natural part of life, and doesn’t have to be portrayed as a hindrance. Society perpetuates this perspective, which is a disservice to everyone, Aronson said. “We are producing much of the old age that we fear,” Aronson said. “We made it into this self-fulfilling prophecy and we blame old age when we set things up to fail.”

There are 94,000 pediatricians in the U.S. but only 7,000 geriatricians, Aronson said — or about one geriatrician for every 700 people, according to the American Geriatrics Society. Older adults make up 40% of hospitalized adults, although they only account for 16% of the population.

Many medical students don’t pursue geriatrics, the field that specializes in caring for older people. Geriatric patients require more time and attention to detail because they can have more ailments and medications for doctors to analyze. Geriatricians are also not as highly compensated as other medical specializations, even if they need more time in school and training.

See: Have you started saving for your parents’ old age?

Aronson spoke with MarketWatch about how old age fits into the medical space, and vice versa, and what society needs to change to better care for them.

MarketWatch: People tend to blame aches, pains and everything else on old age. Is there a reason why you think society does that?

Historically, there have never been so many people who lived so long or expected to live so long. In most of history, if you lived to such an old age, your children predeceased you. Society and cultures are always a little slow to adapt. Society is just aging.

Old age brings with it physical challenges and this is the arc of normal life. But it feels psychologically different to be a kid who needs help, unless you have some severe disability or accident, because you will achieve independence later. We have all sorts of prejudice about disability — we know it is a natural part of the life cycle and old age is what happens to the body — but we know there is a natural, normal arc and we should just accept that it is normal, not a loss or failure. But we also set up society for kids and adults, which makes it harder and disparaging to be an old person. Everyday examples are like the playground. We’re starting to see places where people can do tai chi and bocce, which are sports more amenable for older people, but if you go to most places in the country, you’ll see parks that cater to children. It’s this cycle, where we create places like this and then we say older people are socially isolated and we don’t see them. Home furnishings are cute and colorful for kids, and sexy or stylish for adults, but when you think of things older people need, they’re usually ugly and nobody wants them, and they don’t get them and can’t live at home anymore. We set up old age to fail.

MW: How does geriatrics work? When should an older person see a geriatrician as opposed to a typical primary care physician?

The focus in geriatrics is on function. It is not that we just treat diseases, but we think about how we can make this person function optimally.

MW: In the book, you mention a scenario where an older woman’s daughter called 911 because her mother was acting out of character in the middle of the night. The paramedics came and said it was normal for an 80-year-old to feel and act confused — but it turned out she needed medical attention. I have heard this before, and people tend to blame illnesses like dementia. Do you think this type of perspective is common in the medical field, or in society?

Aronson: People will assume dementia, but most old people do not have dementia and they’ll miss what is common in older people, which is delirium. It looks like dementia, but it’s the result of someone being acutely ill. You can see the difference in someone from six hours ago, or six days ago, and that assumption can make you miss a really important diagnosis. On the other hand, I have seen people who have dementia but their language and social skills are in tact and they tell a story that isn’t true — they’re not lying, they believe it too and their brain is filling in the gaps. In the medical field, you can get care for the wrong need.

The health care system is getting better, but there is no field — not in outsourcing, nursing, physical therapy or social work — that gets much training in old age, and when you see how many older people are in the health care system, that makes no sense. If you look at medical curriculum, most students get three to four months on kids and if they’re very lucky, they get three to four weeks on older adults, but usually less. We basically send them untrained to care for older people. Doctors for adults say they care for old people all the time, and my rebuttal is, “I listen to hearts all day — that doesn’t make me a cardiologist.”

MW: What are short-term solutions that can be applied to the current health care system that you think would bring about the most positive change for older patients?

Aronson: Some things are already being done, like the National Institutes of Health made a requirement that older people be included in research trials. There was mandated inclusion of women and children 30 years ago, and people of color 20 years ago, and they’re finally including old people. Previously, conditions of old age were surveyed where the patients were not particularly old.

People are starting to move in the right direction but a huge first step would be to acknowledge this distinct population with distinct needs, like geriatric emergency departments and geriatric parts of hospitals. You can be a seemingly fully-healthy 70-year-old but if you get sick, your risk is high for an emergency, even if you are fit, because you’re 70.

We need to think of older adults of all ages more. Those over age 70 cannot be properly cared for in 15- to 20-minute appointments. That would be huge — to give clinicians and patients enough time to attend to not just one or two problems. What happens is there is a time crunch, and clinicians are measured on doing certain things. If you have more time and different metrics for older patients, they would get better care.

Also see: Why taking the stairs now could give you a better life when you reach old age

MW: What are a few things loved ones can do to help their elderly family members and friends most?

Aronson: Help them to retain their agency. We are all a little guilty of this. Everyone thinks anyone old is senile — maybe because they respond more slowly and you’re in a faster stage of life. I should posit that fast isn’t always better. We have that impression and really, better is better. So often, people will answer for the older person, when they could answer themselves. Rather than helping them by doing for them, support them in their own independence and agency. It is called learned helplessness. When people keep doing stuff for you, you think you’re incompetent, where you could do it but maybe it takes 30 seconds longer. People should always get to speak for themselves. And it’s important not to let the clinician say something is happening because of old age. Old age is a risk factor, not a diagnosis. If a person is saying something is happening just because you’re old, they’re saying I don’t care enough to diagnose your problem.