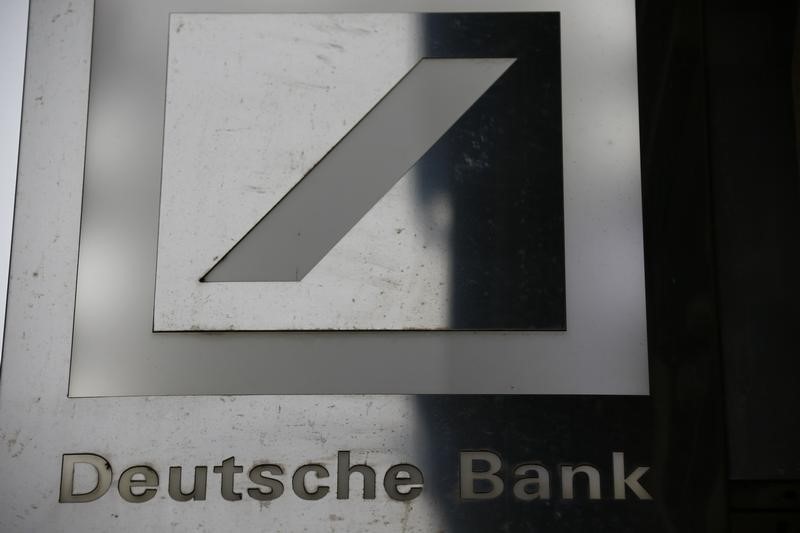 (Bloomberg) — Deutsche Bank AG (DE:) Chief Executive Officer Christian Sewing vowed that the bank will execute one of the largest restructurings in its history without the need for extra shareholder funds as he seeks to build credibility with investors.

The lender’s common equity Tier 1 ratio — a key metric of financial strength — will be above 13% throughout the end of the year, while the lender’s main regulator reduced its capital burden on the bank for next year as Sewing begins to shrink and simplify Germany’s biggest lender. The bank has said that it wants to keep its CET1 level at 12.5% or higher through 2022.

Sewing is rolling back years of aggressive expansion, when Deutsche Bank sought to compete as a global securities firm, and bolstering controls to avoid a repeat of misconduct charges that eroded its financial strength and reputation alike. The CEO is funding the overhaul by running a lower capital buffer, prompting some analysts to say the margin for error is slim and that the lender could be forced to tap long-suffering shareholders for fresh cash.

The bank “can stick to our commitment to manage our transformation without asking our shareholders for more capital,” Sewing said in a message to staff accompanying the bank’s first investor update in four years on Tuesday. Under previous CEOs, the company raised about 30 billion euros ($33.2 billion) in four capital increases since the financial crisis.

Citigroup (NYSE:) analysts said last month that they cannot rule out a “highly dilutive” capital increase until there is more clarity on how European regulators implement new banking standards. Deutsche Bank’s common equity Tier 1 ratio stood at 13.4% at the end of September. The key driver of Deutsche Bank’s lower capital bar is a decline in the ECB’s so-called Pillar 2 requirement, an assessment of the risk an individual lender poses.

That component will fall to 2.5% next year from 2.75% in 2019, the highest level among the euro area’s 10 biggest banks by assets While several other lenders had seen their ECB-set requirements decline in recent years, Deutsche Bank’s 2.75% bar hadn’t budged since 2017, company filings show.

Banks need capital to absorb losses rather than being forced to ask taxpayers for help if they run into trouble. The issue also matters to investors and staff because falling below the requirements triggers restrictions on dividends and bonuses.

Andrea Enria, who leads the ECB’s oversight arm, said last month that bank capital requirements are “levelling off” as repairs to Europe’s banking sector after the financial crisis come to an end.