Home
Stocks
Capitol Report: House Democrats roll out articles of impeachment against Trump
Prev Article Next Article
This post was originally published on this site 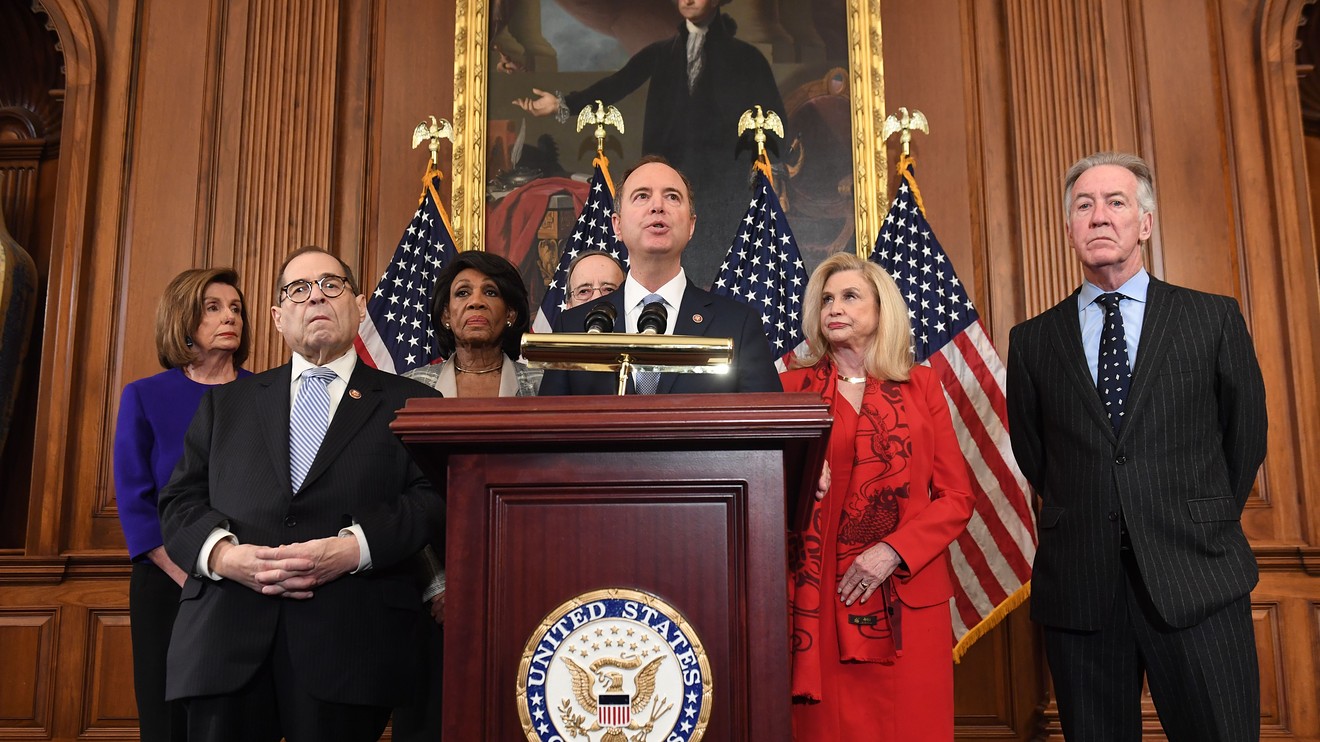 Top House Democrats on Tuesday unveiled two articles of impeachment against President Donald Trump, charging him with abuse of power and obstruction of Congress.

House Judiciary Committee Chairman Jerry Nadler said his committee will meet later this week to consider the articles and make a recommendation to the full House.

“For months, Nancy Pelosi said she wouldn’t move forward on impeachment because it was too divisive and it needed bipartisan support,” Parscale said in a statement. “Well, it is divisive and only the Democrats are pushing it, but she’s doing it anyway. Americans don’t agree with this rank partisanship, but Democrats are putting on this political theater because they don’t have a viable candidate for 2020 and they know it.”

Related: Here are the 15 Democrats running for president

The Democrats’ impeachment effort centers on Trump’s pressure on Ukrainian President Volodymyr Zelensky to launch investigations into Democratic presidential front-runner Joe Biden and his son Hunter, as well as into a theory that Ukraine interfered in the 2016 presidential election.