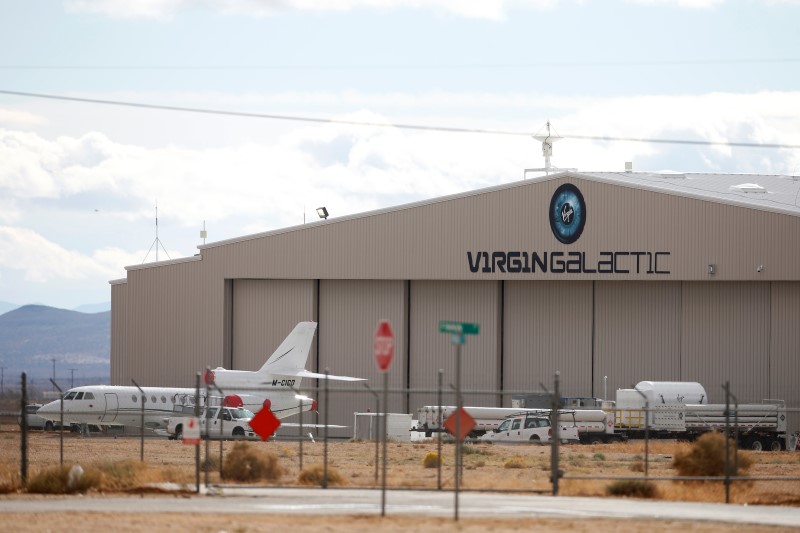 Investing.com – Virgin Galactic’s space-tourism efforts have been getting a lot of news coverage, but it is the company’s plans for hypersonic point-to-point air travel that has Morgan Stanley excited.

Morgan Stanley issued a $22 per share price target for Virgin Galactic, estimating that shares of the company could more than double from current levels. Virgin Galactic Holdings (NYSE:) was up more than 19% on the day.

“A viable space tourism business is what you pay for today … but a chance to disrupt the multi-trillion-dollar airline [total addressable market] is what is really likely to drive the upside,”Morgan Stanley analyst Adam Jonas said in a note.

Morgan Stanley gave Virgin Galactic’s space tourism business – phases one and two of its plan – a $10-a-share valuation, but hypersonic point-to-point air travel – phase three of the plan – at $12 a share.

Phase three of the plan remains in the embryonic stage as the company explores how to leverage its space tourism technologies to hypersonic travel.

Virgin Galactic, backed by Sir Richard Branson, surged on its trading debut earlier this year. It took an unconventional path to Wall Street, ditching the traditional IPO route and going public with a direct listing after raising funds through a merger with Social Capital Hedosophia .

The company said it has 15 trips in the pipeline for next year and expects to make 270 trips to space by 2023, generating more than $600 million a year in revenue and $270 million in earnings before interest, taxes, depreciation and amortization.