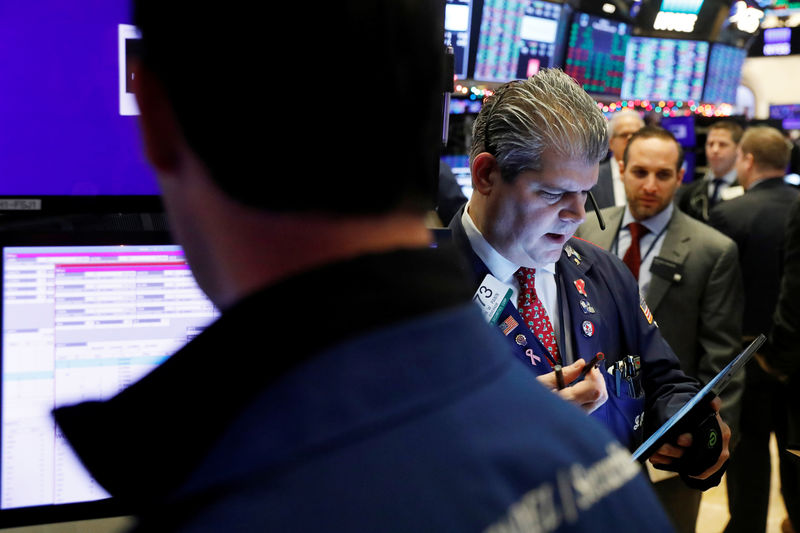 (Reuters) – U.S. stock index futures edged lower on Monday as weak data from China brought back fears of a slowdown in the world’s second-biggest economy, while investors awaited more news on trade ahead of a tariff deadline later in the week.

China’s exports in November shrank for the fourth consecutive month, underscoring persistent pressures on manufacturers from the Sino-U.S. war but growth in imports may be a sign that Beijing’s stimulus steps are helping to stoke demand.

Wall Street gained ground on Friday, driven by a blowout domestic jobs report and optimism around the U.S.-China trade negotiations. All three major U.S. stock indexes are hovering within 1% of record highs set two weeks ago.

In a quiet start to the week, market participants are expected to keep a close watch on trade as planned U.S. tariffs on Chinese imports kick in on Dec. 15 that will cover several consumer products, including mobile phones and toys.

Also in focus is the Federal Open Market Committee’s two-day policy meeting, which starts on Tuesday.

Among stocks, 3M Co (N:) shares dropped 1% in premarket trading after Citigroup (NYSE:) cut its rating on the industrial conglomerate’s shares to “neutral”.

In deals, Merck & CO (N:) said it would buy cancer drug developer ArQule Inc (O:) for $2.7 billion in cash to beef up its portfolio of blood cancer treatments. Shares of ArQule doubled in value following the news.