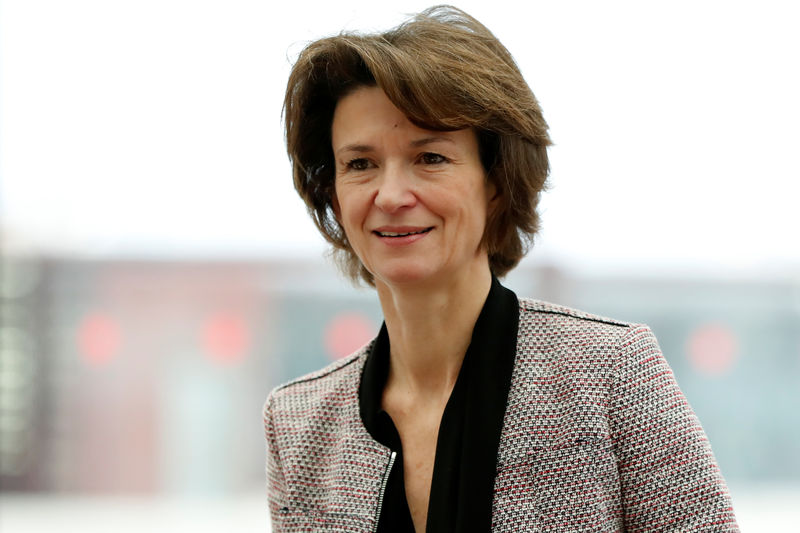 PARIS (Reuters) – Engie (PA:) chief executive Isabelle Kocher will not get state backing to serve another term after her tenure at the French gas and power group ends in May, Les Echos reported on Monday.

Kocher, who has been in the job since 2016, has come under pressure amid reports of a strategy split within the group and disagreements between board members on whether to pursue a sell-off of some gas assets.

The French state, which holds a 24% stake in the company, is not in favor of renewing her mandate, although it does not plan to force her exit, Les Echos reported, without saying where it got the information.

Kocher’s job could be up for discussion at a Dec. 17 board meeting, BFM Business reported last week. The company will publish its shareholder meeting resolutions, which would include nomination proposals, early next year.

France’s economy and finance ministry and Engie declined to comment.

Kocher became the first woman to head up a blue-chip French company when she took on the chief executive role in May 2016 to replace Gerard Mestrallet who became board chairman.

She campaigned in 2018 to take on the chairman’s role when Mestrallet retired, but lost out after the government backed Jean-Pierre Clamadieu, then head of Belgian chemical group Solvay (BR:), for the job.

Under Kocher, Engie embarked on a major divestment plan to switch the company away from fossil fuels and focus on power grids, renewable energy and energy services.

But she has opposed selling off some of the firm’s gas assets, including storage unit Storengy, which would help streamline Engie’s structure.

“Our group obviously needs to evolve, we obviously have to accelerate our transformation,” she told Le Figaro last week. “But we mustn’t dismantle and sell off Engie by bits. I believe that vehemently.”