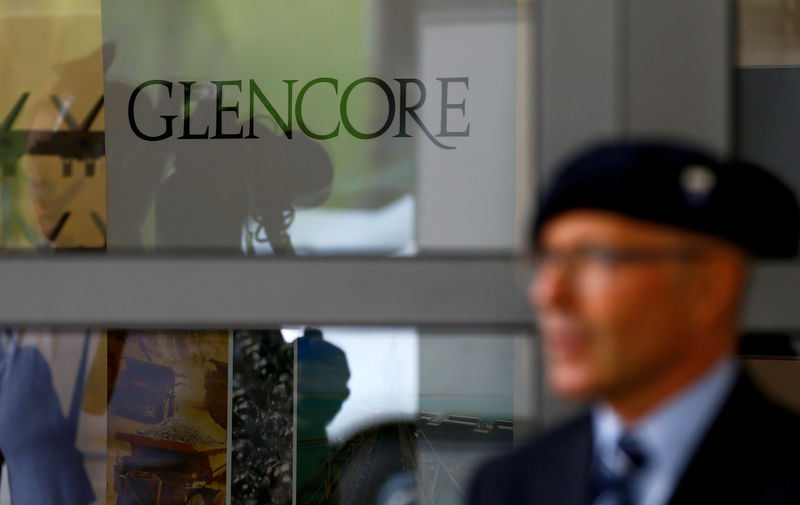 © Reuters. Glencore Under Investigation for Bribery by U.K. Authorities

(Bloomberg) — Glencore Plc (LON:) is being investigated for bribery by U.K. authorities, deepening the legal woes that threaten the world’s biggest commodities trader.

Glencore will cooperate with the probe conducted by the Serious Fraud Office, according to a statement. It didn’t provide any further details and a spokesman declined to comment. The shares plunged as much as 7.7% in London, the biggest intraday drop since June.

While Glencore is already under investigation in the U.S. for possible corruption and money-laundering, the announcement from the U.K. adds to the challenges that have scared investors and shaken the company.

“It’s more of the same, but now its getting attacked from a different angle,” said Hunter Hillcoat, a London-based analyst at Investec Securities Ltd. “Glencore was already trading at a discount because of the DoJ, but when this news comes out it gets whacked again.”

The scale of the investigations over the past year have also raised fundamental questions about how the business of commodities trading is conducted around the world.

Glencore has long relied on intermediaries, who work on commission. The agents network with well-connected business and government officials in developing nations with the goal of securing commodity-trading deals.

More investigations will also add pressure on Glencore’s billionaire Chief Executive Officer Ivan Glasenberg. He told investors earlier this week to prepare for more leadership changes and hinted that his own departure may come sooner than previously anticipated.

Glencore is being investigated by the U.S. Department of Justice and Brazilian authorities in the Car Wash scandal. The company has also been subpoenaed by the Justice Department for documents relating to possible corruption and money laundering in Nigeria, the Democratic Republic of Congo and Venezuela. The U.S. Commodity Futures Trading Commission is also investigating the company for possible corrupt practices.