Home
Market
U.S. vows 100% tariffs on $2.4 billion of French products over digital services tax
Prev Article Next Article
This post was originally published on this sitehttps://i-invdn-com.akamaized.net/trkd-images/LYNXMPEFB11UX_L.jpg 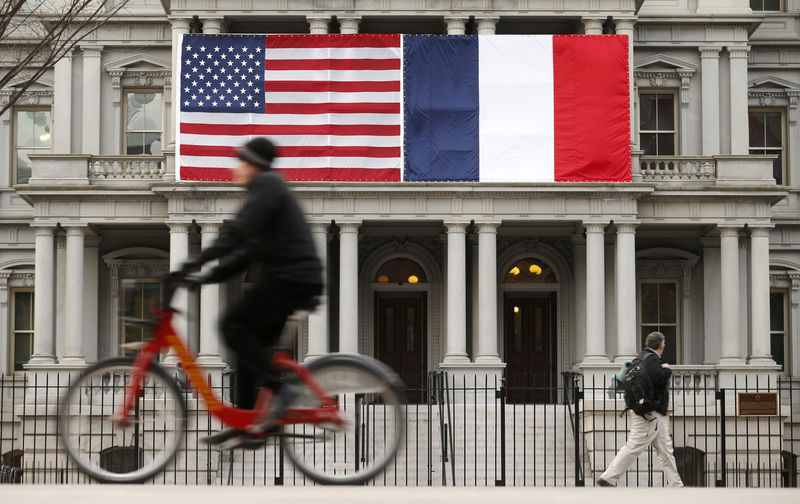 © Reuters. U.S. and French flags fly next to the White House to honor French President Hollande in Washington

WASHINGTON (Reuters) – The U.S. government on Monday said it could slap additional duties of up to 100% on $2.4 billion in French imports of Champagne, handbags, cheese and other products, after concluding that a new French digital services tax would harm U.S. tech companies.