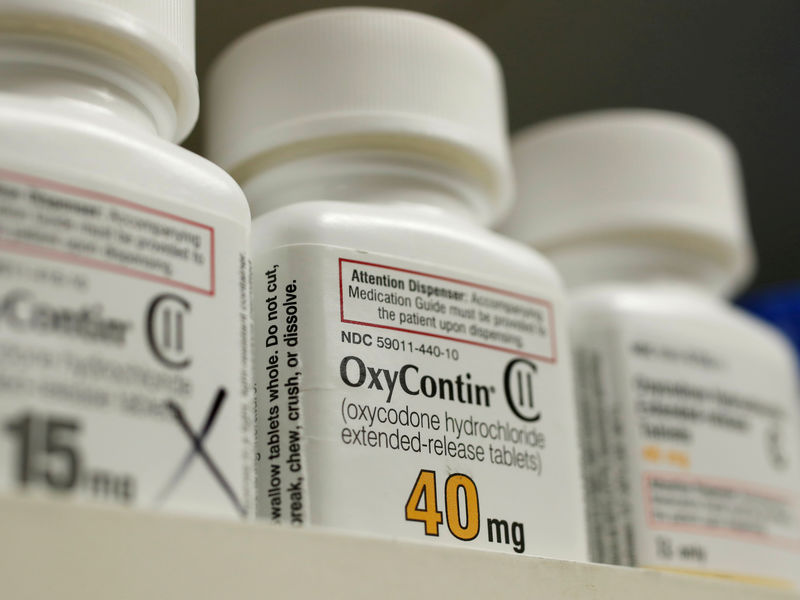 (Reuters) – The chief executive officer of OxyContin-maker Purdue Pharma LP should not collect a potential $1.3 million bonus when he has been accused of contributing to the opioid epidemic, a group of state attorneys general said in a court filing on Monday.

The attorneys general from 24 states said Craig Landau should not collect a bonus that would lift his pay to $3.9 million because of his alleged role in downplaying the risks of Purdue’s drugs.

The filing also said Purdue increased Landau’s potential pay in 2018 “in preparation for the filing of this case,” and possibly to circumvent the bankruptcy code’s restrictions on such bonuses.

Purdue is on track to pay $24 million in bonuses to eligible employees based on its 2019 performance so far, the company said in a Monday filing. However, Purdue said that to get support for its bonus plan it would limit Landau’s potential bonus to 50%, or $1.3 million of his $2.6 million base pay. Other employees would still get their target bonus.

The attorneys general said documents that have not been made public tie Landau to the alleged misconduct by the Sackler family owners of Purdue.

The filing said documents from a Massachusetts lawsuit against Purdue show Landau wrote a 2017 proposal entitled “Sackler Pharma Enterprise” aimed at seizing on rivals’ concerns about the opioid epidemic to increase Purdue’s business.

A few weeks later, the Sacklers made him CEO, according to the filing.

The attorneys general also alleged that Purdue in 2018 gave Landau $6 million in retention payments that were not due until 2020 and 2022, and raised his annual salary in 2018 to $2.5 million, citing a lawsuit by the state of Colorado.

The official committee of unsecured creditors supported the bonus plan for Landau, once his target payment had been reduced.

Purdue filed for Chapter 11 bankruptcy in White Plains, New York, in September to allow it to put on hold thousands of lawsuits while it tries to build support for its proposed settlement, which it has said is worth $10 billion.

The company has been sued mostly by state attorneys general and local governments, which accuse it of hyping the benefits of its drugs while masking the risks. Purdue has denied the allegations.

The proposed settlement includes a contribution of at least $3 billion by the Sacklers.