Home
Market
Hong Kong Airlines Delay Salaries Due to Unrest in Hong Kong
Prev Article Next Article
This post was originally published on this sitehttps://i-invdn-com.akamaized.net/news/LYNXNPED7G03Z_M.jpg 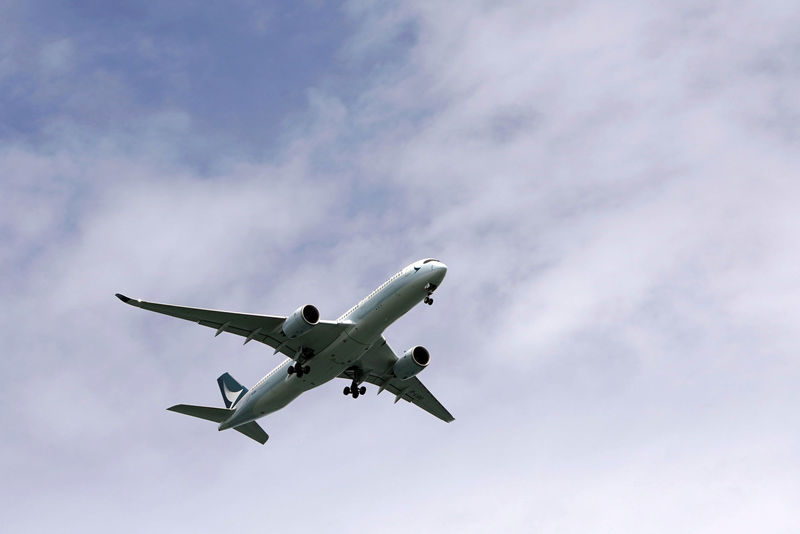 Investing.com – Chinese conglomerate HNA Group’s Hong Kong Airlines has to delay salaries for some of its staff as its business has been “severely affected” by unrest in Hong Kong, the airline said in a statement released on Friday.

The airline said its revenue dropped “significantly” in November and impacted the monthly payroll. It is the first time it holds back salaries because of cash flow problem, according to Bloomberg.

The civil unrest in Hong Kong, that began in June, saw transport networks disrupted and the airport paralyzed in two occasions in August. Hong Kong Airlines said at the time that it would adjust services. Cathay Pacific Airways Limited (HK:) issued profit warnings and saw its share prices slumped 25% from an April peak, while other airlines including the Singapore Airlines Ltd (SI:), China Eastern Airlines Corp Ltd (HK:) and Virgin Australia Holdings Ltd (ASX:) have all cut flight to Hong Kong.

The protests received more attention this week as U.S. President Donald Trump this week signed two bills that support Hong Kong protestors. China has vowed to retaliate but has so far taken no action.

In 2018, Hong Kong Airlines was reportedly considering an IPO in the “short to medium term” last year, according to a document reviewed by Reuters. The company also wanted to raise up to $550 million via convertible bonds or tradable bonds before the listing, the document showed.