Home
Market
Pressure mounts on Australia's Westpac board over money-laundering scandal
Prev Article Next Article
This post was originally published on this sitehttps://i-invdn-com.akamaized.net/trkd-images/LYNXMPEFAQ055_L.jpg 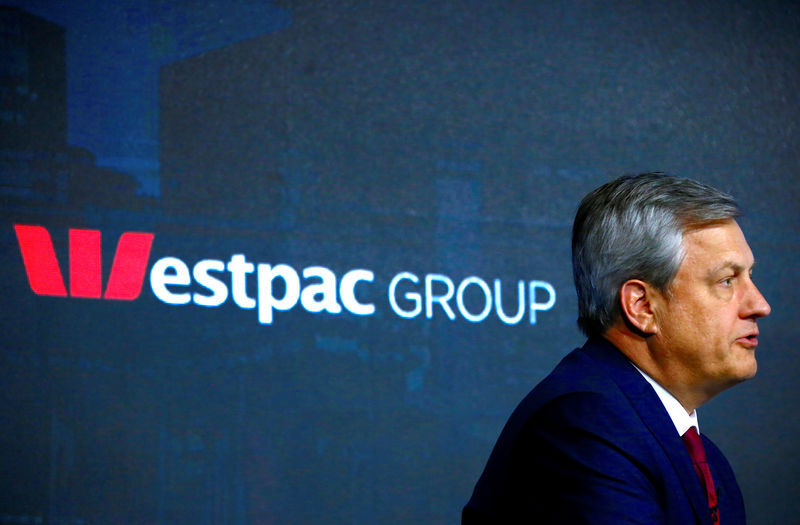 SYDNEY (Reuters) – Australia’s Westpac Banking Corp (AX:) came under mounting pressure on Wednesday to refresh it board after a money-laundering scandal claimed its chief executive and chairman.

Proxy adviser CGI Glass Lewis recommended shareholders vote against director Peter Marriott at the annual general meeting on Dec. 12 as he had been on the board since the payments at the centre of the scandal began in 2013.

“Due to the length of his tenure and his banking background … his accountability for these matters should be enforced (and) his re-election should not be supported,” CGI Glass Lewis said in a note reviewed by Reuters.

Marriott, the former chief financial officer at Australia and New Zealand Banking Group (AX:), was not immediately available to respond to a request for comment.

Westpac, Australia’s oldest and second-biggest bank, has been in turmoil since the country’s financial crime watchdog filed a lawsuit last week accusing it of enabling 23 million breaches of anti-money laundering and terrorism financing laws, including payments between known child exploiters.

U.S.-born Chief Executive Brian Hartzer stepped down on Tuesday and Chairman Lindsay Maxsted said he would retire in early 2020, sooner than planned, only days after he had argued that change at the top would destabilise the bank.

Hartzer’s departure effective from Dec. 2 made Westpac the third of Australia’s four-biggest banks to lose its top executive in the past 18 months, following a series of scandals and a damaging public inquiry which found systemic misconduct.

Prime Minister Scott Morrison last week called on Westpac’s board to take the “appropriate decisions” and the Australian Council of Superannuation Investors (ACSI) said it would engage with the board ahead of the AGM about how to rebuild public trust.

Activist investor the Australasian Centre for Corporate Responsibility, which holds Westpac shares, has already said it would vote against the board’s remuneration package at the AGM.

If owners of more than a quarter of the company’s shares vote against its executive pay plans, as they did in 2018, they can call for the entire board to be removed under Australia’s “two strike” law.

CGI Glass Lewis said it would not recommend voting against Westpac’s pay plans because the bank had already taken action over the latest allegations.

In the event of a second “strike”, CGI Glass Lewis said it would recommend voting against removing the board on the grounds that this was “an option of last resort”.

Westpac shares were down 0.6% in mid-session trading on Wednesday, taking its total decline to 7% or A$6.6 billion ($4.5 billion) in market capitalisation since the close before the money-laundering lawsuit was announced.

The Australian newspaper reported that Westpac had lost a bid to supply loans to a government home-deposit assistance scheme due to reputational risk.

Australia’s four biggest banks applied for two positions on a panel of lenders for the nationwide home-affordability scheme from Jan. 1, 2020, but Westpac now expected to be excluded, the newspaper reported citing unnamed Westpac sources.

National Australia Bank (AX:), the country’s third-largest lender, received confirmation it would be involved in the scheme, leaving the No. 1 lender Commonwealth Bank of Australia (AX:) and No. 4 lender Australia and New Zealand Banking Group Ltd (AX:) in competition over the remaining spot.

The two major banks appoint­ed to the panel of lenders for the first-home deposit scheme would be eligible to receive up to half the scheme’s 10,000 guarantees alloc­ated each financial year, The Australian reported.

Australia’s major retail banks make most of their profit from the home loans.