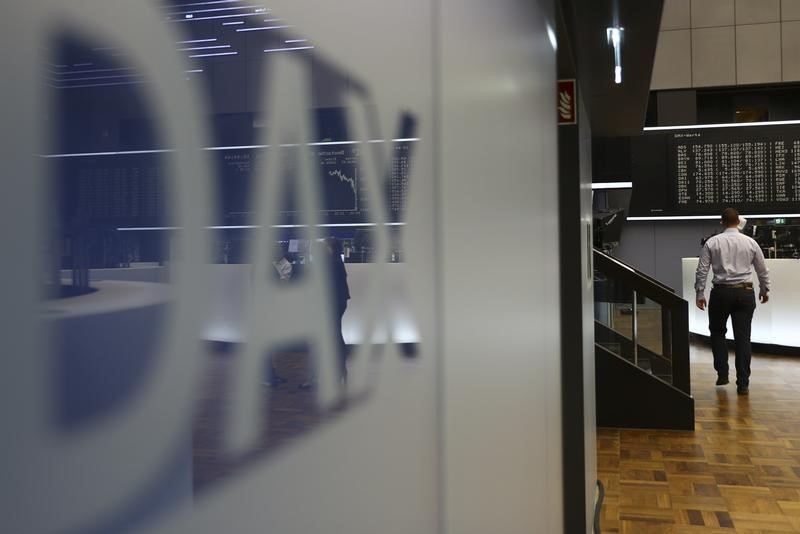 Rising stocks outnumbered declining ones on the Frankfurt Stock Exchange by 421 to 265 and 69 ended unchanged.