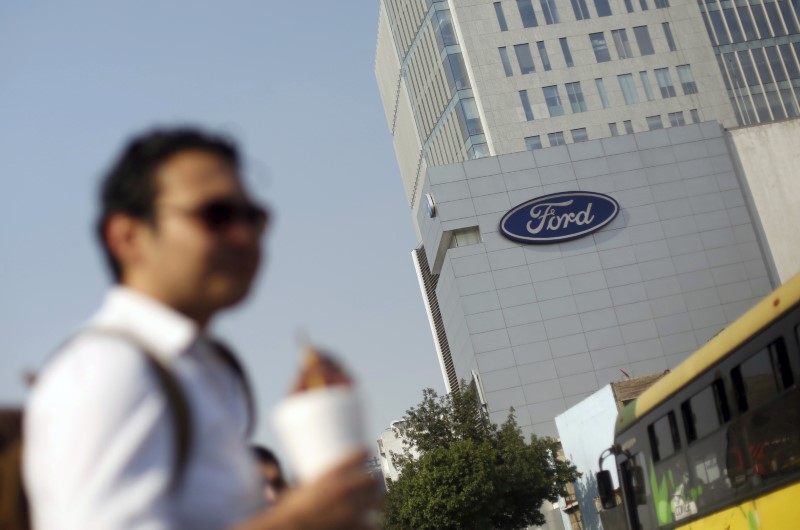 By Paul Lienert and Ben Klayman

DETROIT (Reuters) – A battery-powered Lincoln SUV, due in mid-2022, will be the first Ford Motor Co (N:) vehicle built on a custom electrified chassis that resembles a skateboard, which was developed by Ford-backed startup Rivian, according to several people familiar with the program.

The all-wheel-drive Lincoln SUV could compete against Rivian’s R1S, an electric sport utility vehicle slated to go into production in early 2021 that will be priced from $72,500. Both models will use Rivian’s so-called skateboard, a flexible platform that combines electric motors, batteries, controls and suspension.

The new Lincoln, which carries the internal program code U787, also could compete with premium offerings from others, including General Motors Co (N:), which plans to introduce at least two new electric SUVs by 2023, one for Cadillac and one that could revive the Hummer name, sources have said.

Ford invested $500 million in Rivian this year and plans to help it begin production next year at a former Mitsubishi plant in Normal, Illinois.

When Ford made the investment, it said it would use Rivian’s skateboard to develop its own electric vehicle, but did not disclose details.

It is not clear where Ford intends to build the Lincoln SUV, which will be among the first of several battery-powered utility vehicles planned for Ford’s premium brand in North America and China, according to supplier sources familiar with those programs who asked not to be identified.

Ford expects to introduce a compact Lincoln electric crossover in late 2021 or early 2022 and a mid-size companion in 2023, the sources said.

The U.S. auto industry plans to invest billions of dollars over the next few years to build all-electric pickups and SUVs, sectors of the market that have been among the most profitable, especially for Detroit-based automakers.

But analysts have questioned whether demand from consumers and commercial customers will come close to matching production.

Founded in 2009, Rivian has raised $1.9 billion from investors, including e-commerce giant Amazon.com Inc (O:), which has ordered 100,000 electric delivery vehicles from Rivian. The first Amazon vans will be built in Normal and are to be delivered in 2021.

Ford aims to sell an electric F-series pickup in late 2021, sources have said. It also will offer the electric Mustang Mach E SUV next year as part of plans to invest $11.5 billion by 2022 electrifying its vehicles.