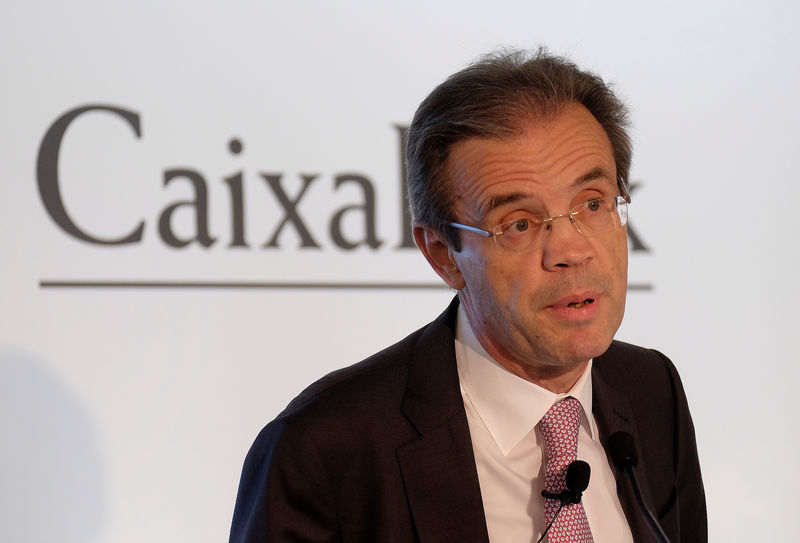 © Reuters. FILE PHOTO: Caixabank’s Chairman Jordi Gual speaks to the media during the presentation of the bank’s 2017 full year results in Valencia, Spain

MADRID (Reuters) – The chairman of Spain’s Caixabank (MC:) said on Tuesday that uncertainty surrounding Catalonia was starting to have an impact on the Spanish economy.

Catalonia has been back to the forefront of Spanish politics since protests broke out in the wealthy northeastern region last month after nine separatist leaders were given long prison sentences for their role in an illegal referendum and declaration of independence in 2017.

“The impact on the economy and businesses becomes worrying when this lasts for a long time,” Jordi Gual told a conference in Madrid.

A snap national election on Nov.10 with inconclusive results has left the ruling Socialists courting Catalan separatists as they are trying to win enough support in a fragmented parliament to sustain a coalition government with the far-left Unidas Podemos party.

“We have lived tough times and we call for dialogue because the current situation is not good for the output sector,” said Gual, who added Caixanbak had not weighed so far the impact of the Catalan environment on the bank’s business.