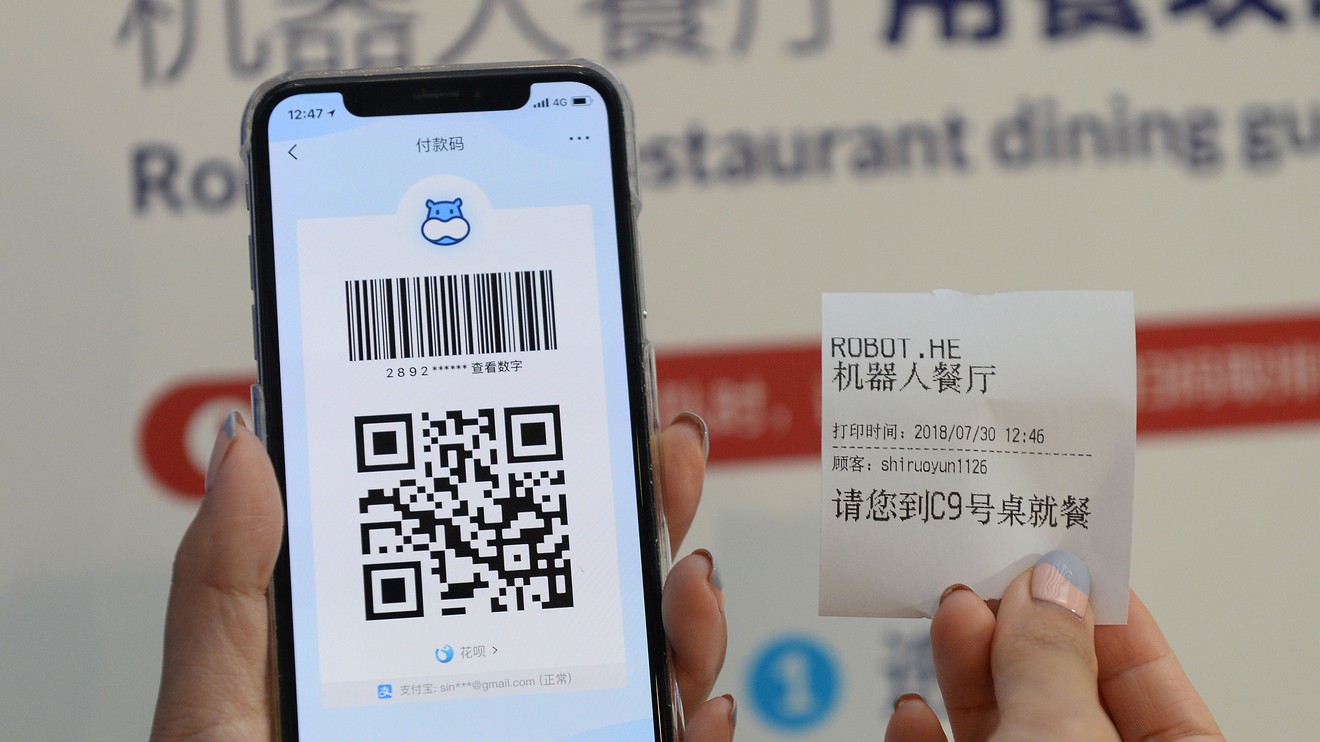 Popular Chinese mobile-payment giants Alipay and WeChat announced this week in rapid succession that they will begin allowing tourists to use their digital wallets in China, marking another step toward a cashless society in the world’s second-largest economy.

Run by Alibaba Group Holding Ltd. BABA, +1.15% affiliate Ant Financial — and now the most-used payment method in China — Alipay announced plans to open itself up to tourists on its official Twitter account.

We heard you. You want to use @Alipay and guess what? Now you can! Visitors to China are now able to #PayWithAlipay. Simply download @Alipay via app stores to start enjoying wallet-free travel! That QR code by the cashier will no longer be a foreign sight. pic.twitter.com/E8zmCovCJ7

That announcement was followed hours later by a similar one from rival WeChat Pay, owned by technology behemoth Tencent 700, +0.30%, which said it was working with credit card provider Visa Inc. V, +0.25%.

Previously, foreigners were required to hold a Chinese bank account to transact on Alipay and WeChat Pay, which together facilitate more than 90% of all digital transactions in China.

The ubiquity of mobile devices in China is no secret but the widespread use of phones to make purchases puts it ahead of most other countries, including the U.S. In 2018, 83% of payments in China were made through mobile devices, while 17% were non-mobile, such as cash and bank cards, according to research firm Daxue Consulting.

To use Alipay’s new service, travelers must download the company’s new international app, enter their credit card and Chinese visa information, then buy credits provided by the Bank of Shanghai that are stored in their account. Once in China, users simply scan a QR, or quick response, code with their phone in stores, hotels, restaurants, taxis or anywhere goods are sold in the country, including street food vendors.

In China’s big cities, even many poor people use phones to may payments and some panhandlers have replaced donation buckets with their own QR-code placards, hoping passersby will transfer money to them digitally.

With Alipay, foreign users must add at least 100 yuan ($14) worth of credits to their account, with the maximum amount being 2,000 yuan ($285) per top-up. Unused funds are refunded to the user after 90 days.

Visa said Wednesday that it is working with Tencent for a more direct payment approach through WeChat, obviating the need to purchase credits. Neither Visa nor Tencent gave a time frame for rolling out their services.

Alipay and WeChat Pay have already linked up with overseas sellers to allow Chinese traveling abroad to use their platforms in Europe, the U.S. and several Asian countries, but this is the first time inbound foreigners will be able to use the services in the country. Alipay’s expansion abroad and at home has been especially aggressive.

“Speaking for ourselves, we already serve 1.2 billion users together with our digital wallet partners around the world. That’s more than one in every six persons on Earth!” the company said on an online forum.

In its payment evolution, China largely bypassed the credit-card age, jumping from a cash-based economy to one dominated by digital networks and mobile phones. Most people no longer even carry physical currency.

“I never use cash,” said Zhu Min, an artist in the western city of Chengdu. “I just bring my phone, since everywhere accepts either Alipay or WeChat Pay. I also like that they keep track of your transactions right inside your phone, so you can refer back to what you’ve bought.”

It isn’t entirely clear why China has allowed for the opening of its payment network to foreigners but some speculate that it may stimulate domestic consumption, which has been considered a key goal of China under President Xi Jinping.

Meanwhile, Zennon Kapron, founder and director of research consultant Kapronasia, told Bloomberg News in an interview that the real beneficiaries of the Alipay and WeChat announcements will be overseas firms. “Although there will be some revenue coming from the foreigners using the card, the more interesting aspect is how seamless the cross-border Alipay and WeChat Pay experience is becoming,” he said.

Separately, the Chinese government is also busy devising its own digital currency, much like Facebook Inc. FB, -1.43%  supported Libra coin. However, Beijing has thus far denied rumors that it would later this month roll it out and announce that Alipay and WeChat are part of that digital-currency initiative.

See also: Credit cards have gone out of style in China — will the U.S. be far behind?