Home
Market
Boeing to invest $1 billion in global safety drive: sources
Prev Article Next Article
This post was originally published on this sitehttps://i-invdn-com.akamaized.net/trkd-images/LYNXMPEFA515Y_L.jpg 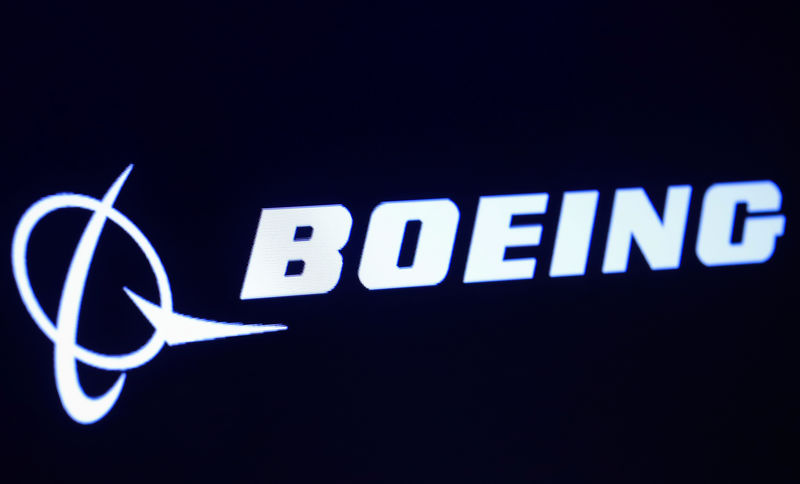 © Reuters. The company logo for Boeing is displayed on a screen on the floor of the NYSE in New York

SEATTLE/HONG KONG (Reuters) – Boeing Co (N:) is planning an initial investment of around $1 billion into industry-wide pilot development as part of a long-term initiative to reduce risks like those faced by the crew in two 737 MAX crashes, people familiar with the matter said.

The embattled planemaker is trying to rebuild trust and cooperation with airlines, passengers and regulators around the world after the 737 MAX was grounded in March, following crashes in which a total of 346 people died.

Details of the company’s “Global Aviation Safety” initiative remain under wraps due to delays in returning the 737 MAX to service, as attention focuses on changes to cockpit software that investigators say played a major part in the two crashes.

Boeing will launch the pilot development project after regulators approve changes to 737 MAX software and training and the plane resumes flights, one of the people familiar with the matter said. The company currently expects that to happen in the United States by year-end.

The plane is likely to return to service in Europe during the first quarter of 2020, the head of the European Union Aviation Safety Agency (EASA) said earlier this week.

The pilot project spending budget, people familiar with it said, will be in addition to the more than $8 billion in costs from compensation to airlines for delayed aircraft deliveries and lower production tied to the 737 MAX grounding.

The training initiative is still being developed and will be rolled out over years, one of the people said. While costs are expected to rise over time, the effort may overlap with future aircraft programs.

“It will involve significant funds to raise standards around the world and requires Boeing putting its own money in,” said another person familiar with the project.

Muilenburg said Boeing would help “build a talent pipeline” of pilots and invest heavily in the pilot-machine interface or fight deck for the next generation, but gave few details.

Part of Boeing’s investments will include improving aviation infrastructure, such as air traffic and flight simulation systems, a third person with knowledge of the plans said.

It is also considering whether to develop new training materials or methods for various career stages, and fund training centers or recruitment efforts, the people said.

Boeing could also create a data-sharing network on aircraft design with global regulators, one of the people said, in a bid to improve outside knowledge of its aircraft technology and operations.

The head of the EASA told Reuters in a recent interview that it would demand more data when deciding whether to certify future jets.

Outlines of the new investment were drawn up in the wake of the crashes as Boeing executives acknowledged that stall-prevention software known as MCAS confused the pilots due to an overwhelming workload, the people said.

Investigations have raised questions over whether that was in part due to faulty assumptions about the hazards involved, leading to a design that placed unrealistic demands on pilots.

Investigators and global regulators have also pinpointed concerns about certification and training.

Experts say that Boeing, as the largest planemaker in the world, and its regulator, U.S. Federal Aviation Administration, have played a key role in shaping global standards around aircraft design and operations.

Even before the crashes, the aircraft industry was bracing for a staffing shortfall of 1.5 million aircraft technicians and pilots over the next 20 years.

The crashes have also sped up a rethink of safety needs in emerging markets, where demand for new jets is driving a huge share of Boeing’s business. But airlines face gaps in regulation and infrastructure.

Safety experts have voiced concerns that the sheer growth of aviation has lowered the bar for the skills required to enter training, adding pressure for cockpit and training improvements.

“There is a large generation of pilots that will be needed over the next 20 years and we need to be thinking about designing our airplanes for that next generation,” Muilenburg said at the hearing last week.