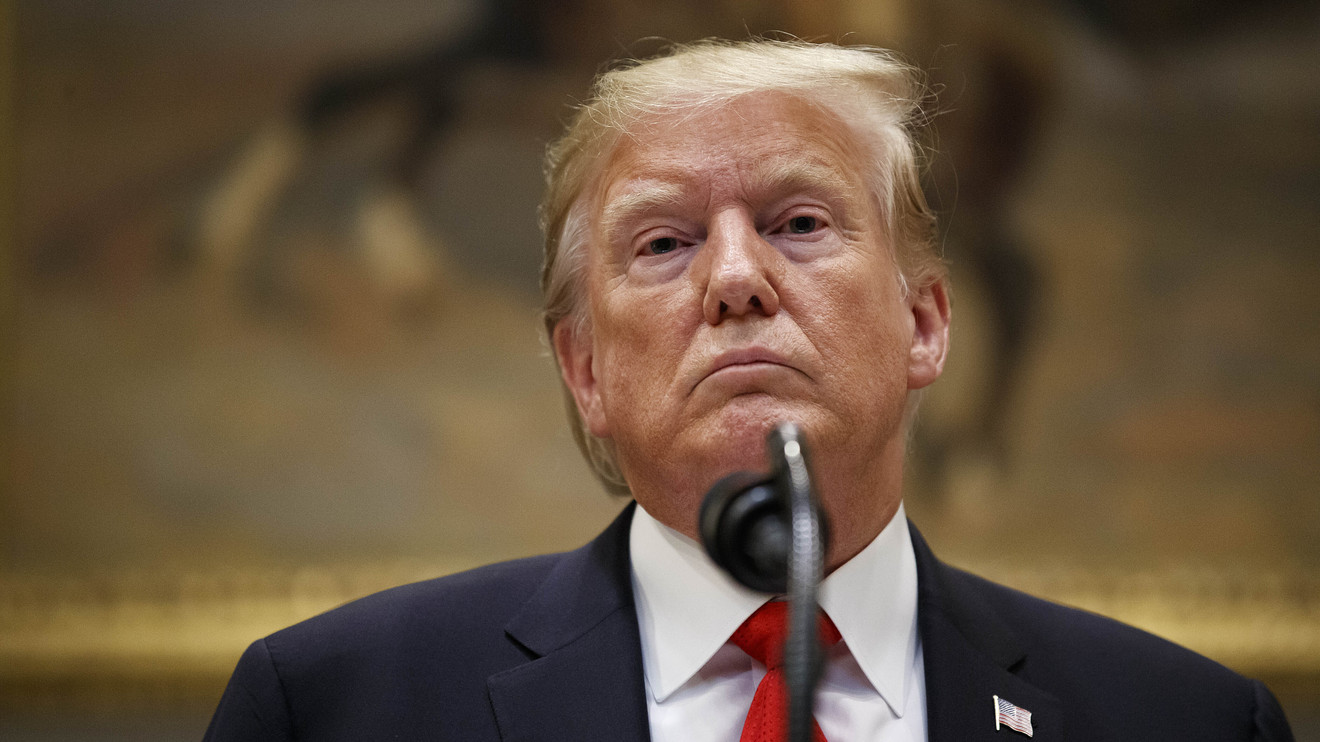 WASHINGTON — A polarized nation is dividing even further into its hardened partisan corners, with Republicans firming up opposition to the House impeachment investigation of President Donald Trump and support growing among Democrats for removing him from office, a new Wall Street Journal/NBC News poll finds.

Some 53% of Americans in the survey said they approve of the Democratic-run House impeachment inquiry, with 44% disapproving. Nearly half — 49% — said that Trump should be impeached and removed from the White House based on what they have heard so far, with 46% opposing impeachment and removal.

When the Journal/NBC News poll asked a similar question in early October, support for impeachment and removal lagged behind opposition, 43% to 49%.

While many shifts in the course of October are within the polls’ margins of error, they suggest that Americans are now divided by party over impeachment to the same extensive degree that they are divided over Trump himself.

Among Democrats, support for removing Trump from office rose to 88%, up 13 percentage points from early October and in line with the 92% who disapprove of the president’s job performance. Among Republicans, opposition to removing Trump rose to 90%, up 5 percentage points, and nearly identical to the 91% who approve of the president’s performance in office.

The making of the world’s greatest investor.

The liquor everyone’s buying — even people who can’t stand it.