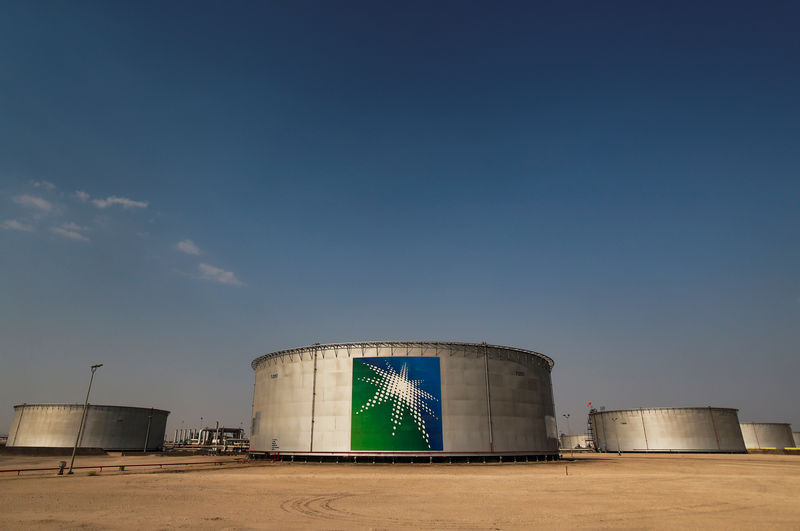 By Saeed Azhar and Davide Barbuscia

DUBAI (Reuters) – Saudi Arabia’s state oil company kick-started its initial public offering (IPO) on Sunday, announcing its intention to list on the domestic bourse as the kingdom seeks to diversify and create the world’s most valuable listed company.

Aramco did not give a time frame or say how much of the company it would sell, but sources have told Reuters the oil company could offer 1%-2% of its shares on the local bourse, raising as much $20 billion-$40 billion.

Aramco said the IPO would be split into two tranches: one each for institutional and individual investors. The percentage of shares to be sold and the purchase price would be determined after the book-building period, it added in a statement.

Confirmation of the share sale in Saudi Arabian Oil Co, or Aramco, as the oil giant is usually known, comes about seven weeks after crippling attacks on its oil facilities, underlining Saudi Arabia’s determination to push on with the listing regardless.

The IPO of the world’s most profitable company is designed to turbocharge Crown Prince Mohammed bin Salman’s economic reform agenda by raising billions to diversify the kingdom, whose dependency on oil was highlighted by the production impact of the Sept. 14 attacks.

Aramco said in Sunday’s statement that it posted a net income of $68 billion during the nine-month period ending on September 30. Revenues and other income related to sales for the same period amounted to $244 billion, it added.

Aramco said the Saudi market regulator, which approved its application to list on Sunday, had issued an exemption for non-resident institutional foreign investors to subscribe.

Saudi nationals would be eligible to receive bonus shares.

The listing announcement had been expected on Oct. 20 but was delayed after advisers said they needed more time to lock in cornerstone investors, three sources told Reuters.

To help get the deal done, Saudi Arabia is relying on easy credit for retail investors and hefty contributions from rich locals.

Although Prince Mohammed put a $2 trillion valuation on the company in early 2016, bankers and company insiders say Aramco’s value is closer to $1.5 trillion.

A growing movement to fight climate change and embrace new “green” technologies have put some fund managers, particularly in Europe and the United States, off the oil and gas sector.

At a valuation of $1.5 trillion, Aramco would still be worth at least 50% more than the world’s most valuable companies, Microsoft (NASDAQ:) and Apple (NASDAQ:), which each have a market capitalisation of about $1 trillion.

But a 1% sale would ‘only’ raise around $15 billion for Saudi coffers, less than the $25 billion generated by Chinese e-commerce giant Alibaba (NYSE:) in its record-breaking IPO in 2014.

It would rank Aramco as the 11th biggest IPO of all time, Refinitiv data show. (For a graphic on the top 10 largest global IPOs, click https://tmsnrt.rs/33gWypM)

A sale of 2% of Aramco shares at a $1.5 trillion valuation would make it the biggest IPO of all time, beating Alibaba’s.

The prospect of the world’s largest oil company selling a piece of itself has had Wall Street on tenterhooks since Prince Mohammed flagged it three years ago.

Initial hopes for a blockbuster international listing of about 5% were dashed when the share sale was halted last year amid debate over where to list Aramco overseas.

Aramco said the IPO timetable was delayed because it began a process to acquire a 70% stake in petrochemicals maker Saudi Basic Industries Corp.

IPO preparations were revived over the summer after Aramco attracted huge interest in its first international bond sale, seen as a pre-IPO relationship-building exercise with investors.

The bond sale forced the secretive company to reveal its finances for the first time, including net income of $111 billion, over a third bigger than the combined net income of the five super majors Exxon Mobil , Royal Dutch/Shell, BP (LON:), Chevron (NYSE:) and Total.

Oil majors have been raising payouts to shareholders to counter rising pressure from climate activism.

Aramco said on Sunday it intended to declare aggregate ordinary cash dividends of at least $75 billion in 2020.

At a valuation of $1.5 trillion, this would mean a dividend yield of 5%, below those offered by competitors such as Exxon Mobil Corp (NYSE:) and Royal Dutch Shell (LON:).

Shell’s dividend yield is over 6% and Exxon’s over 5%, according to Refinitiv data.

The September attacks on Aramco’s largest oil plant, which shut off about 5% of global supply, raised questions about the vulnerability of Aramco’s oil fields, plants and exports amid deepening regional tensions.