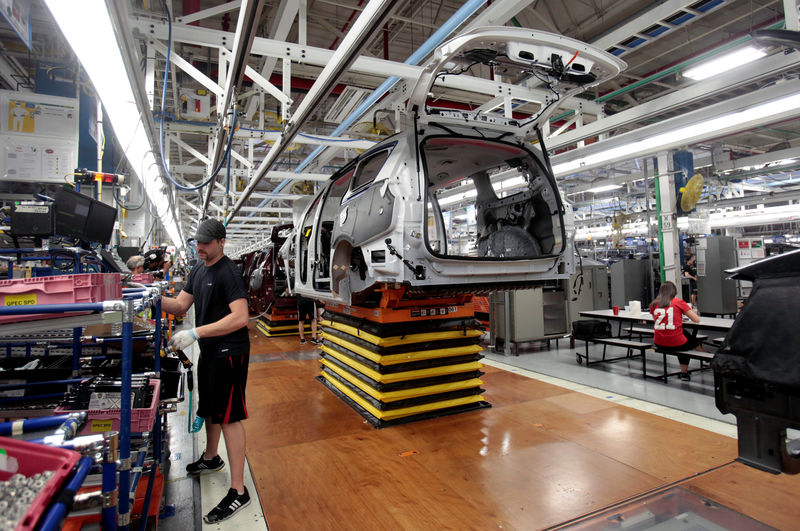 Investing.com — They loved it yesterday, but Peugeot (PA:) shareholders are revolting at the thought of the merger with Fiat Chrysler Automobiles NV (MI:) now that the terms have been announced.

Shares in the French auto group fell over 10% in early trading Thursday after the two companies announced what they called a merger of equals which would create the world’s fourth-largest automotive group with annual revenues of around 170 billion euros ($190 billion). It would see Peugeot boss Carlos Tavares installed as chief executive, with FCA’s John Elkann as chairman of a board that would have six directors nominated by the French group and five by the Italian one.

The reaction suggests that shareholders were unprepared for an assessment that ascribes relatively more value to FCA’s Jeep, Maseratis and Alfa Romeo brands than to the French group’s dowdier Peugeot and Citroen marques (even after a 5.5 billion euro special dividend paid out to FCA shareholders).

The group estimates it could squeeze out 3.7 billion euros a year in annual synergies, thanks to “more efficient allocation of resources for large-scale investments in vehicle platforms, powertrain and technology and from the enhanced purchasing capability inherent in the combined group’s new scale.” Four-fifths of those extra efficiencies would be realized within four years, it said.

The most intriguing line of the release then followed: “These synergy estimates are not based on any plant closures.”

The two companies are making no promises as regards the one measure that would really enhance profitability, expecting fierce pushback from both the French and Italian governments if they try to close any plants. That’s despite the fact that the global car market – and the European one in particular – has been dogged by overcapacity all through a boom that ended years ago. EU car sales peaked in 2000.

There’s also some intriguing knock-on effects. Fiat Chrysler will hand over to shareholders its shares in its robot-making unit Comau, while Peugeot will distribute to its shareholders its 46% stake in auto-part maker Faurecia (PA:). Faurecia shareholders didn’t take kindly to the idea of a big strategic stake suddenly being dumped in the open market in dribs and drabs, and pushed the stock down 4.0%.

Elsewhere on Thursday, stocks were broadly lower after the Federal Reserve signaled there would probably be no more interest rate cuts this year, after cutting the target range for Fed funds by 25 basis points, as expected.

The benchmark fell 0.4%, while the German was down 0.5% while the U.K. was down 0.7%, hit by heavyweights Lloyds Banking Group (LON:) and Royal Dutch Shell (LON:). Lloyds swung to a third-quarter loss after a massive final charge for PPI mis-selling, while Shell warned that the weak economy could hit the timeline for its planned debt reduction and the pace of share buybacks.