Home
Stocks
Next Avenue: Why shouldn’t your kids consider a career in a trade?
Prev Article Next Article 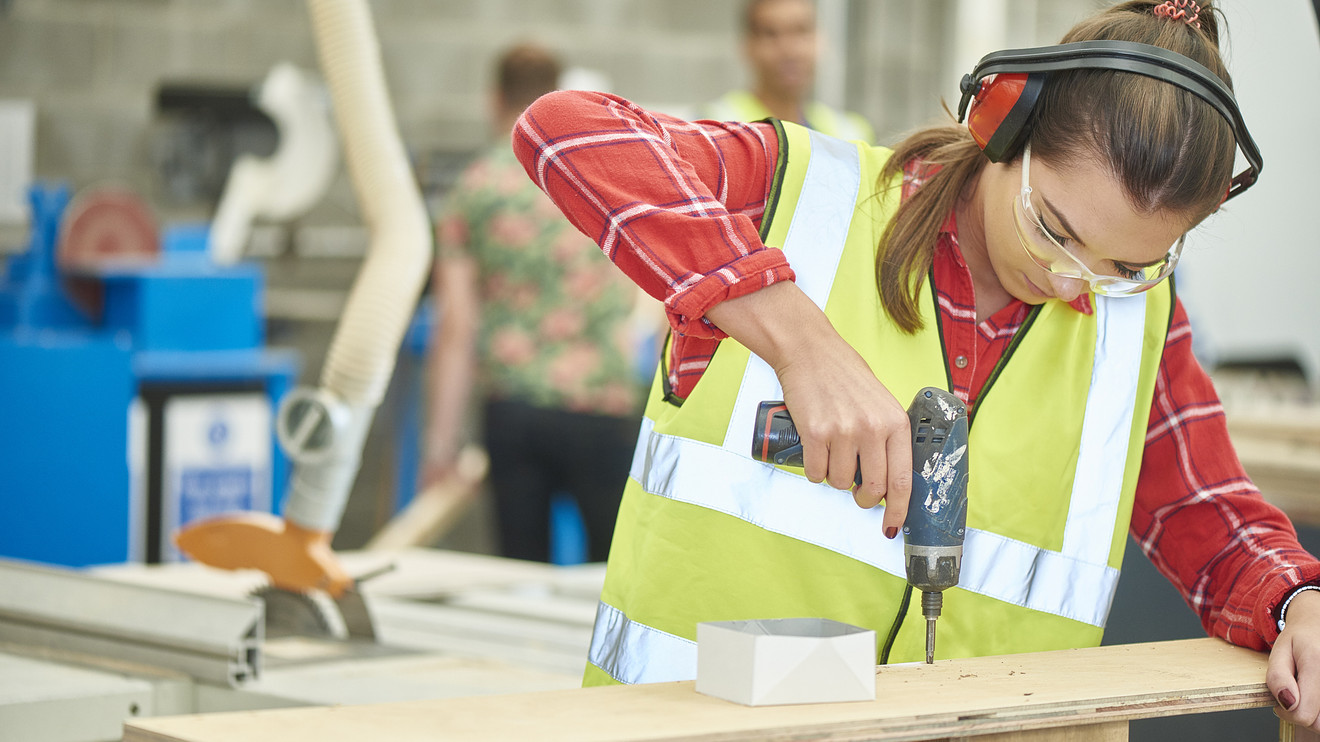 Although the price of college is soaring and a four-year degree isn’t the guarantee of financial security it once was, 70% of parents surveyed by the National Center for Construction Education & Research (NCCER) said they wouldn’t advise their child to embark on a career in construction. They may want to rethink that.

Not only is there a dire need for the next-generation workforce in the construction trades, jobs are widely available and often high-paying. What’s more, training usually comes with no student debt.

Brian Turmail, vice president, public affairs and strategic initiatives at Associated General Contractors of America (AGC), says for decades, construction and trades jobs have been stigmatized and viewed as a “last resort, instead of a career opportunity that ought to be on the menu to be considered.”

Adds Turmail: “It’s been so impressed upon us that the path to success in the 21st century lies through a four-year traditional college education.”

But parents of teens and 20-somethings should understand that things have changed.

For one thing, the construction industry is desperate for builders, plumbers, electricians and others, because the field is aging. As boomers in construction retire, their jobs aren’t being filled quickly enough to meet the demand.

According to an AGC and Autodesk survey, 80% of construction firms are struggling to fill hourly craft positions, which make up most of the construction workforce. And they expect the problem to continue.

Helping to fill many job openings in the trades

Analysts predict more than 3 million skilled trade jobs will remain open by 2028. A recent survey by the National Association of Home Builders revealed that 69% of its members are already experiencing delays in completing projects on time due to a shortage of qualified workers.

It’s one reason why more than 60 organizations, led by home improvement retailer Lowe’s, recently launched Generation T, a movement to help fill the skilled trade gap and change public perceptions of the skilled trades in America. It’s creating a national marketplace to connect people to prospective apprenticeships and jobs.

Even with no experience, Turmail says, jobs in the trades are easy to come by.

“If you can pass a drug test, if you’re willing to work outside, willing to be part of a team and willing to show up early and work hard, you can find a job in construction in just about every market in this country,” he explains.

For example, the Generation T site forecasts more than 1 million opportunities for carpenters and nearly 650,000 for plumbers over the next decade.

Construction jobs are also becoming more tech-centric, which the industry hopes will appeal to a younger generation and their parents. iPads, drones and robots are regular fixtures on job sites, and some heavy equipment can be operated via GPS and a computer.

Jennifer Wilkerson, director of marketing, public relations and the Build Your Future program at NCCER (a site for parents), says one of the biggest benefits of construction work — that jobs pay well — is also one of the major misconceptions about the industry.

In NCCER’s survey of parents, 40% considered construction jobs to be low-paying, Wilkerson says. But they actually offer high earning potential and room for advancement.

See: Here’s how this 22-year-old has no debt, her own home, and lots of travel

Average salaries (not including overtime, per diem or other incentives), are more than $59,600 for plumbers, $62,400 for HVAC technicians and up to $92,500 for project managers, according to NCCER’s 2018 construction craft salary survey.

A Merrill Lynch/Age Wave study found that parents are spending $500 billion annually to financially support their adult children. And 63% are putting their own financial security aside for their kids, the survey said.

“I think parents need to know your kids have a lot of options in construction,” Wilkerson says. Besides learning a broad skill set, they might be able to work their way up to lead a company or start their own business.

To help parents better understand what a trades career can offer, NCCER launched the Build Your Future site, with details.

There are multiple paths to a career in the trades for young adults, Turmail notes.

The most common is taking classes at a two-year college or private training facility after high school and then getting a job with a construction firm. A four-year degree is required for management roles in the industry, like a project manager, engineer or other “khakis and steel-toed boots construction job,” Turmail says.

Related: 9 students who built a career without the classic college experience—or debt

Another option: participating in career and technical education programs while in high school and then getting hired by a construction company.

Many construction firms offer open-shop apprenticeship programs, which pay workers while they learn, and then hire them. These programs also provide in-house training programs for newcomers.

Union apprenticeships are a viable option in some parts of the country, Turmail says, although only about 13% of the construction workforce is unionized these days.

Also read: When your adult children keep asking for money, here’s what to do

With a union apprenticeship, a high school grad signs up with a local labor union for a specific craft, like carpentry or electrical, gets paid to learn while working in that field and then finds a full-time job through the union.

Because the industry is “so eager to find folks,” Turmail says, many construction companies now will reimburse the cost of training.

Construction jobs can be psychically fulfilling, too, for young people.

Construction workers were listed as the happiest employees in a 2015 report by TINYpulse.

“It’s economics and satisfaction,” Turmail says. “You want your children to get out of the house and be successful and independent once they’re grown up.” A career in construction might punch those tickets.

Erica Sweeney is a freelance journalist who has written for the New York Times, HuffPost, Teen Vogue, Parade.com and more. Follow her on Twitter @ericapsweeney and visit her website.