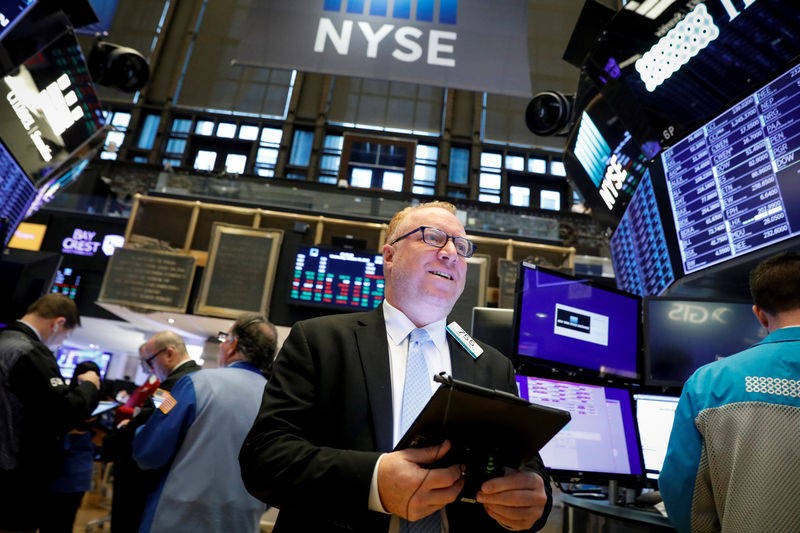 (Reuters) – U.S. stock index futures fell on Thursday as uncertainty around a potential trade deal between the United States and China overshadowed strong earnings reports from Apple and Facebook.

Chinese officials have doubts about whether it is possible to reach a comprehensive long-term trade deal with Washington and U.S. President Donald Trump, Bloomberg reported earlier in the day, citing unnamed sources.

Hopes of a possible trade deal and interest rate cut by the Federal Reserve have helped the benchmark S&P 500 hit record high earlier this week.

The U.S. central bank lowered borrowing costs for the third time this year on Wednesday to help sustain domestic growth despite a slowdown in other parts of the world, but signaled there would be no further reductions unless the economy takes a turn for the worse.

Another bright spot has been the third-quarter earnings season, which has been largely better than expected so far.

Apple Inc (O:) rose 2.3% in premarket trading after the iPhone maker forecast sales for the holiday shopping quarter ahead of expectations.

Facebook Inc (O:) jumped 4.6% after reporting an uptick in users in lucrative markets and its third straight rise in quarterly sales growth.

On the economic calendar is the core PCE data, the Federal Reserve’s preferred measure of inflation, which is expected to remained unchanged for the month. The report is due at 8:30 a.m. ET.

Twitter Inc (N:) dropped 1.8% after the company said it will ban political advertising on its platform next month.

Ride-hailing company Lyft Inc (O:) gained 6.3% as it posted higher-than-expected quarterly revenue and an improved outlook showed it was well on its way to profitability by the end of 2021.