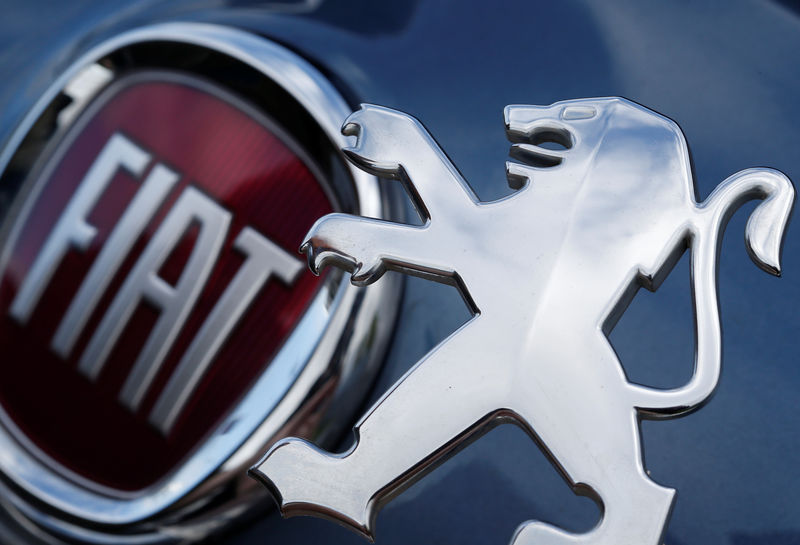 PARIS/MILAN (Reuters) – European labor unions have called on Peugeot owner PSA and Fiat Chrysler to avoid job cuts and factory closures as the two major carmakers prepare to tie the knot, underscoring worries about the $50 billion deal as the regional economy falters.

As PSA (PA:) and Fiat Chrysler (MI:) detailed plans on Thursday to create the world’s No. 4 automaker, IG Metall, Germany’s largest union by members, said it would seek to preserve the autonomy of the French carmaker’s German unit Opel.

The two groups have said no plants would be closed and an existing arrangement rules out forced layoffs at Opel, bought by PSA two years ago, until mid-2023.

But analysts expect the companies’ factories in Europe which stretch from Portugal to Britain, to draw scrutiny because they have overlapping brands and underutilised factories.

FCA’s underused plants in Italy employ some 58,000, more than a quarter of its workforce.

One of the main selling points of the deal is the projected annual cost savings of 3.7 billion euros ($4.1 billion) as the car industry struggles with rising costs from investing in electric cars and tough emissions targets while global car demand slows.

Securing support from Europe’s powerful trade unions will also be critical for the merged company, which will employ more than 400,000 staff and operate hundreds of factories worldwide.

The deal has stirred concerns in Germany and Britain where plants making Opel and Vauxhall cars have seen jobs cut in recent year as part of a cost-cutting drive pushed by PSA CEO Carlos Tavares, who will also lead the merged company.

“We expect parent company PSA to preserve Opel and the development center, and to invest in Ruesselsheim,” said Volker Bouffier, Prime Minister of the regional state of Hesse referring to Opel’s headquarters.

Opel returned to profit in the first half of 2019 for the first time in 18 years.

Still lacklustre demand for Opel’s Insignia sedan has forced Ruesselsheim to almost halve output to 68,000 vehicles this year, and to start shorter working hours, calling into question the need for current staff levels.

Britain’s biggest trade union Unite said it wants a meeting with PSA management, saying the merger and uncertainty over Brexit are “deeply unsettling” for workers.

PSA runs a southern English van factory in Luton and a car plant in Ellesmere port, near Liverpool.

Highlighting particular worry in Italy, one of the country’s top trade unions FIOM was the first to comment on the deal: it fears the merger could hurt factories there more than FCA’s failed tie-up with Renault (PA:).

“We are twice as worried about a potential FCA-PSA tie-up as we were about a merger with Nissan-Renault on the future of FCA’s Italian factories” Michele De Palma, head of the auto sector workers at FIOM, told Reuters on Wednesday.

In France, where Citroen celebrates its centenary this year, Finance Minister Bruno Le Maire gave his blessing to the merger, saying the deal would be good news for the country and Europe but that he would keep an eye on possible job cuts.

Italy’s Prime Minister Giuseppe Conte said that merger plan must keep jobs and factories at home. He said he would talk to FCA Chairman John Elkann shortly to get details about the plan.