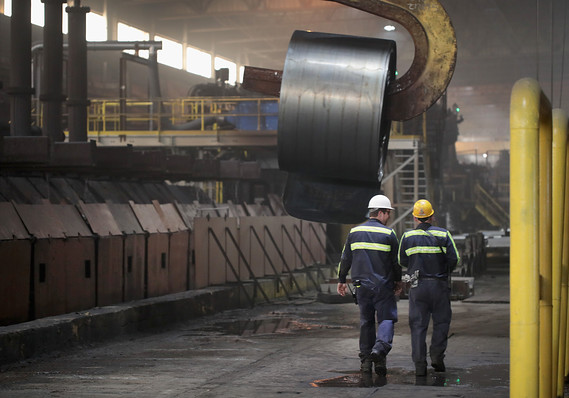 The numbers: The wildfires in California likely spurred an increase in the number of people who applied for unemployments benefits at the end of October, but layoffs across the U.S. remained extremely low in a good sign for the economy. 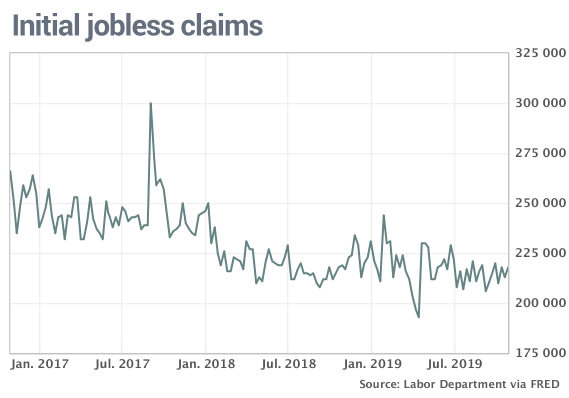 What happened: Raw jobless claims — the actual number of applications filed — posted the biggest increase in California, where wildfires and power outages kept many people from working. They also rose by at least 1,000 in Virginia, Georgia, New York and Ohio.

The government adjusts jobless claims to account for the occasional sharp swing in layoffs based on seasonal employment patterns, which are most pronounced during the summer and big holidays.

The more stable monthly average of new claims, meanwhile, slipped by 500 to 214,750. The four-week average gives a more stable read into labor-market conditions than the more volatile weekly number.

The number of people already collecting unemployment benefits, known as continuing claims, rose by 7,000 to 1.69 million.

Big picture: The pace of layoffs and the unemployment rate have fallen to 50-year lows, giving consumers enough confidence to spend at levels that keep the economy growing.

Businesses are far less confident. The U.S. trade fight with China has hurt exports and weakened the global economy. With sales slowing and profit margins under pressure, firms cut investment in equipment and structures in the third quarter by the most in four years.

They haven’t cut back sharply on employment, however. So long as firms avoid widespread layoffs, the economy should avoid recession.

Market reaction: The Dow Jones Industrial Average DJIA, +0.43% and S&P 500 SPX, +0.33% were set to open modestly lower in Thursday trades. The S&P set a fresh all-time high on Wednesday after the Federal Reserve cut rates for a third straight time and signal that it may pause reduce rates again unless data merit it.