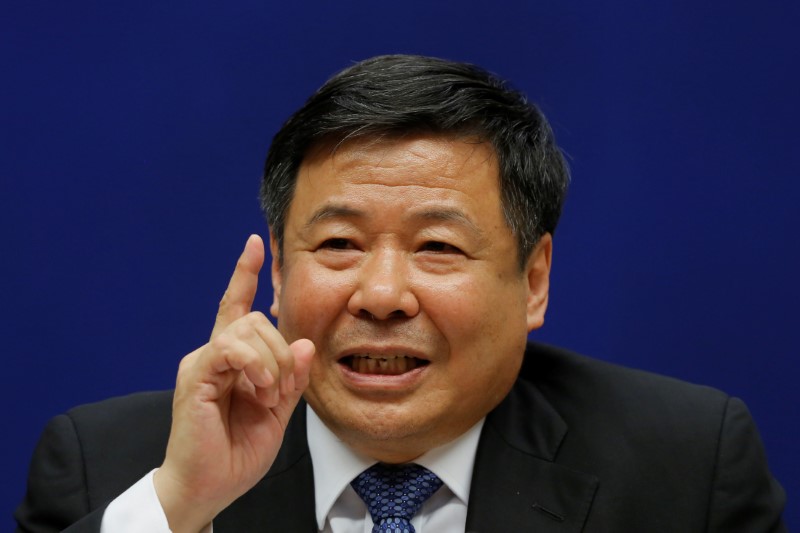 SINGAPORE (Reuters) – Chinese officials voiced optimism that Beijing and Washington can find a way to clinch the so-called Phase One trade deal next month, despite the abrupt cancellation of the summit where the heads of state were to meet to formally sign the deal.

China’s cabinet adviser Zhu Guangyao told Reuters on the sidelines of a forum in Singapore on China-U.S. relations that he is still optimistic that a deal can be signed in November if both sides maintain close communication via diplomatic channels.

“Based on (the principles of) mutual trust and mutual benefits, I believe both countries can achieve great success,” said Zhu, who was directly involved in the bilateral trade talks as a vice finance minister until his retirement in 2018.

In Beijing, China’s commerce ministry said bilateral trade negotiations with Washington will proceed according to plan and that the talks are progressing well.

The ministry, in a statement, said the two sides remain in close communication and that the lead trade negotiators will hold a telephone call on Friday.

The cancellation of the Asia-Pacific Economic Cooperation (APEC) summit in Chile – announced as social unrest continued to rock Santiago – emerged as the latest twist in a 15-month-old trade dispute that has roiled markets and stoked fears about a global recession.

U.S. President Donald Trump said this week he hoped to sign an interim trade deal with Chinese President Xi Jinping on the sidelines of the APEC summit. The White House said the United States still expects to sign a deal with China next month but no alternative location has been set yet.

Wei Jianguo, vice chairman of Chinese state-backed think tank and forum co-host China Center for International Economic Exchange, told Reuters he believes the two countries can reach an agreement and the two leaders could meet and sign the deal on neutral soil.

“The cancellation of the Chile summit has zero impact on trade deal between China and the U.S.,” said Wei. “There are lots of options out there for the two leaders to sign the deal. The deal can be signed in China, the U.S., or any third-party countries like Singapore.”

China will consider any offers from the U.S. as long as they do not compromise Beijing’s core interests such as national security and territorial integrity, he said.

Some policy hawks in Washington have advocated a so-called decoupling of the U.S. and Chinese economies, accusing Beijing of actively trying to steal U.S. technology and creating one-sided economic and trade relations in Beijing’s favor. They have called for U.S. firms to reduce their supply chain dependence on China and limit Chinese firms’ access to U.S. technology.

But Chinese officials maintained that such a “decoupling” would be impossible and too damaging for both economies.

“(Decoupling) would be a disaster for both China and the U.S. and the whole world,” former Chinese vice premier Zeng Peiyan told the forum on Wednesday, calling the idea “an extreme expression” of trade protectionism and unilateralism.

“We expect that the U.S. will play a positive role, rather than focus on decoupling.”

Foreign firms and governments of China’s top trading partners have long complained of regulations and policy restricting market access to the world’s No. 2 economy, though Beijing has repeatedly vowed to open up its markets further.