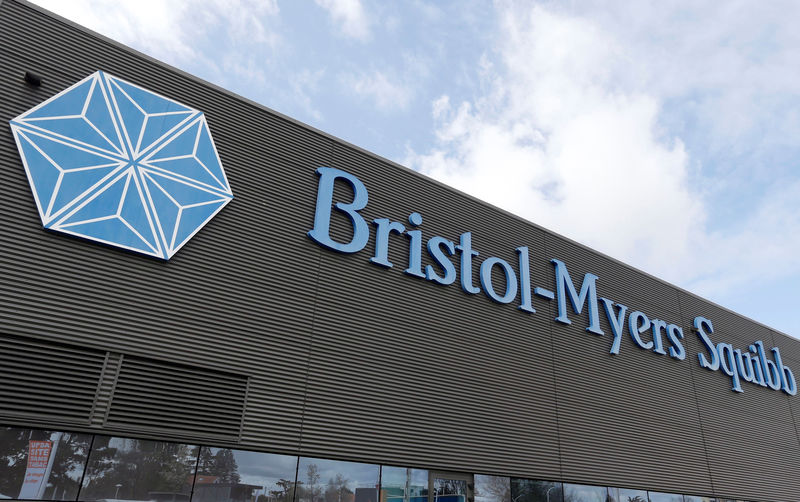 Excluding one-time items, the company said it earned $1.17 a share, exceeding analysts’ expectations of $1.07 a share, according to IBES data from Refinitiv.

The company raised both ends of its full-year adjusted earnings forecast range by 5 cents and now expects a profit of $4.25 to $4.35 per share. Analysts had been estimating the company will earn $4.28 a share in 2019.

Sales of cancer immunotherapy Opdivo rose only 1% from a year ago to $1.82 billion, roughly in-line with Wall Street expectations. Once viewed as the company’s most important growth driver, Opdivo sales have hovered around $1.8 billion a quarter for the past four quarters.

Meanwhile, Merck & Co’s (N:) rival drug Keytruda brought in nearly $3.2 billion in the third quarter, up 67% from the previous year.

There has been widespread investor concern over the dominance of Keytruda, as it has become the go to treatment for newly diagnosed advanced lung cancer, the most lucrative oncology market. Bristol-Myers is hoping recent positive results in two clinical trials will help improve Opdivo’s position in lung cancer.

Eliquis, which Bristol shares with Pfizer Inc (N:), continues to be a bright spot. Its sales rose 22% to $1.93 billion, while analysts were estimating $1.85 billion.

Revenue in the quarter rose 6% from a year ago to $6 billion, also topping Wall Street expectations of $5.89 billion.

Bristol-Myers shares closed up 2% at $56.87 on the New York Stock Exchange on Wednesday.