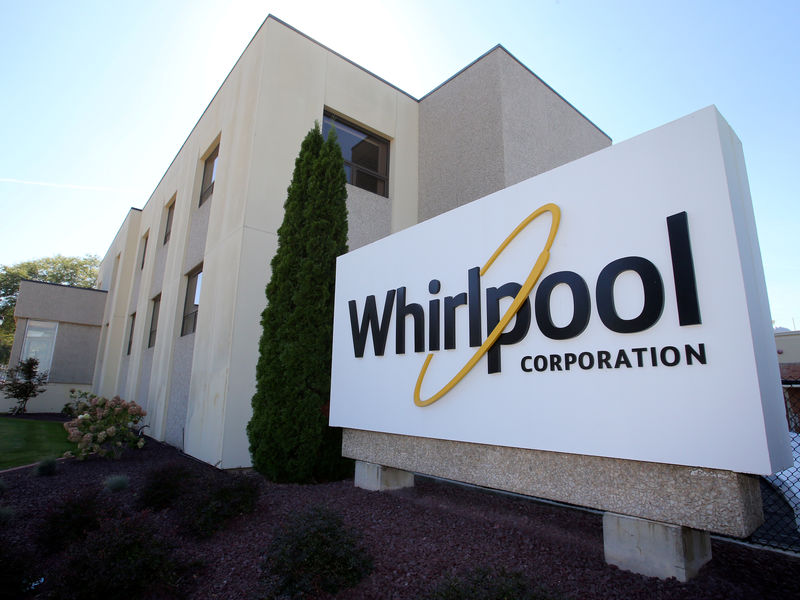 ROME (Reuters) – U.S.-listed white goods maker Whirlpool Corp (N:) has dropped plans to shut down a production site in the southern Italian city of Naples after two weeks of workers’ protests, the company said on Wednesday.

Whirlpool announced on Oct. 15 that it planned to shut down and sell the site, which it said was no longer profitable, prompting union protests and disappointing the Italian government after months of talks aimed at saving the plant.

Workers had reacted fiercely to the decision and metalworkers union FIOM-CGIL had called for work stoppages and protests at the group’s other plants in Italy.

On Wednesday, Whirlpool announced a change of course, saying it was “ready to withdraw the sale procedure … not to proceed with the layoffs in Naples and to continue the production of washing machines.”

In a video posted on Facebook (NASDAQ:), Industry Minister Stefano Patuanelli said the decision would open the way to finding a long term solution for the site.

“It is a first step towards restarting the talks with the aim of definitively resolving the site’s problems,” he said.

Whirlpool, which employs around 5,500 people in Italy had said the closure was necessary because the production of high-end washing machines in Naples was no longer profitable. The factory employs 400 workers in a region with some of the highest unemployment levels in the country.

In June, the Italian government threatened to scrap all incentives it had granted to the company to keep investing in Italy, estimated at some 50 million euros since 2014.