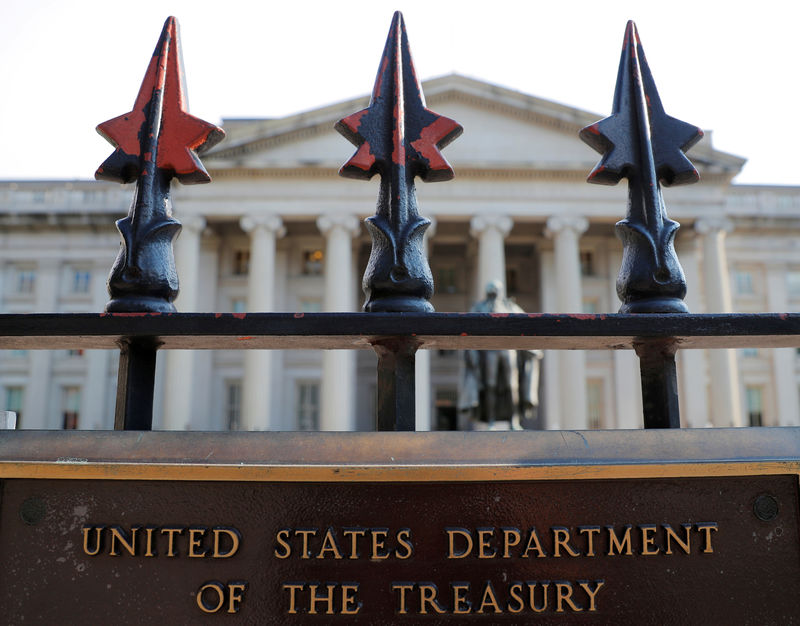 WASHINGTON (Reuters) – The U.S. Treasury is monitoring the Federal Reserve’s decision to begin expanding its balance sheet with $60 billion in monthly bill purchases, but has made no changes yet in its financing plans as a result.

“The Fed purchases are still in the early stages. At this point we are monitoring how the purchase program may evolve and any effects on the market,” a Treasury official said as the agency released its latest quarterly plan to fund the federal government. “It would be premature to draw any conclusions at this point.”

The official also said Treasury was taking a “proactive approach” to look at future government financing and was exploring a range of new products including one linked to the new Secured Overnight Financing Rate (SOFR) that is set to become a reference for the financial industry, as well as 20-year and 50-year bonds.

The Fed earlier this month announced that it allow its asset holdings to expand for the next few month with regular purchases of short-term Treasury securities.

Unlike earlier Fed asset purchases, officials said the aim was not to impact long-term interest rates or encourage economic activity, but to ensure financial markets had an adequate supply of reserves to function smoothly, and that the Fed could keep control of its target overnight interest rate.

The Fed’s entry into the market for Treasury bills, however, could change the demand for other types of securities and potentially influence the Treasury’s funding strategies.

In laying out its plans for refunding $60.5 billion in maturing debt and raising $23.5 billion in new cash, the department said in a press release there were no plans to change the supply of bills beyond what was currently expected.

The supply of bills may increase somewhat through the end of November, “consistent with historical patterns,” but by the end of the year and through January 2020 it “is expected to be comparable to current levels,” Treasury said in the statement.