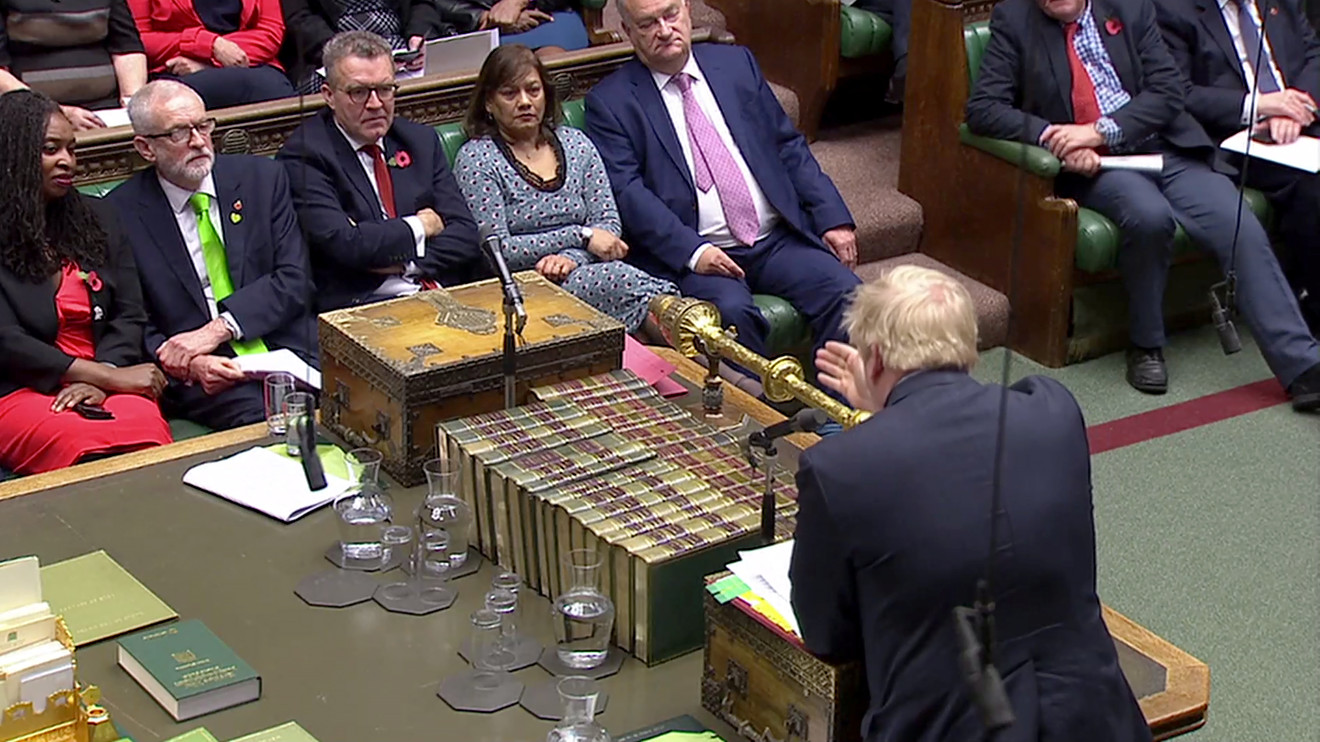 A television report saying U.S. companies are lobbying the British government over drug prices was a topic of debate in Britain’s Parliament on Wednesday in what is expected to be a hot topic in the run-up to the December general election.

Labour leader Jeremy Corbyn raised the issue of American lobbying over a post-Brexit National Health Service in what he called the “prime minister’s planned sell-out deal with Donald Trump.”

“We learned this week that government officials have met U.S. pharmaceutical companies five times,” Corbyn said, referring to a report from Channel 4 in the U.K. on U.S. lobbying efforts.

Corbyn said U.K. import prices on American drugs could go up by as much as seven-fold.

Prime Minister Boris Johnson said the NHS is “not on the table.” He didn’t directly confirm the report but defended discussions.

“Is he seriously suggesting that the NHS should not engage in negotiations to ensure that British patients get the drugs that they deserve,” Johnson said. “Is he so phobic of American companies that he would forbid them from having those discussions.”

One issue U.S. companies have is that the protection from generic competition is stronger in the U.S. The report from Channel 4 pointed out that the NHS started prescribing alternatives to AbbVie’s ABBV, +0.96%   Humira arthritis medication last year but the generics won’t be on sale in the U.S. until 2023.

American pharmaceuticals are particularly targeting the U.K. system because other countries use Britain’s assessments on whether U.S. medicine provide value for money.

Election polls give Johnson’s Conservatives will a comfortable lead ahead of the December 12 vote, though there’s uncertainty about whether the Tories will be able to command enough support to win a majority.

Johnson has signed a withdrawal agreement with the European Union that still needs to be approved by the U.K. Parliament. Corbyn opposes the Brexit deal Johnson has negotiated.