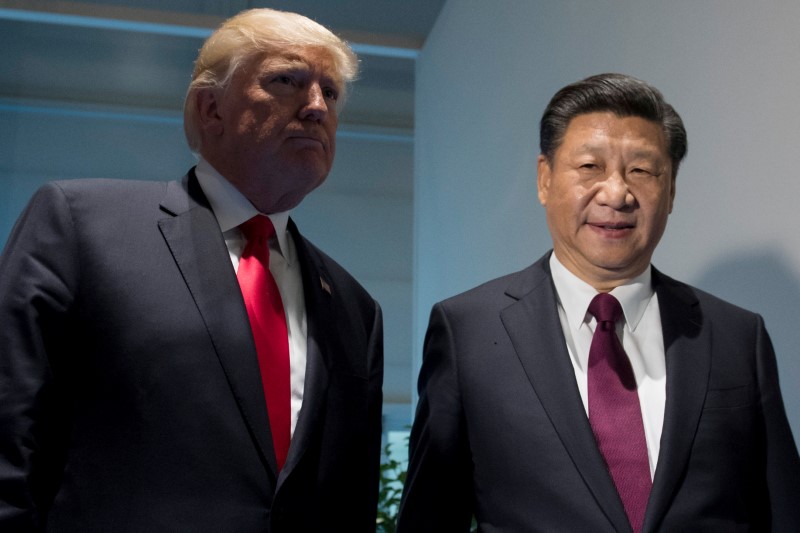 (Bloomberg) — President Donald Trump still hopes to ink a trade accord with Xi Jinping next month, even after plans were thrown into question Wednesday when Chile canceled an upcoming summit where the two leaders planned to meet.

The cancellation — announced earlier Wednesday by Chile as social unrest continued to rock Santiago — appeared to catch the White House off guard. White House spokesman Hogan Gidley said in an e-mail that Trump still intends to sign a partial trade deal with Xi at about the same time in November as the planned Asia-Pacific Economic Cooperation summit.

“We look forward to finalizing Phase One of the historic trade deal with China within the same time frame, and when we have an announcement, we’ll let you know,” Gidley said.

“As of now, it appears APEC will not occur in Chile, and it’s our understanding the organization does not currently have a secondary site prepared,” he said.

The possibility of a Trump-Xi meeting in Santiago next month has buoyed markets as investors look for signs that an end to the multi-year trade war between the two nations is in sight. The White House was working as recently as Tuesday to finish a “phase one” agreement with an eye toward the leaders signing it in Chile, according to a statement from White House spokesman Judd Deere.

The S&P 500 briefly fell to a session low after news of the meeting’s cancellation.

“The risk here is that if the summit now is postponed then that at least suggests that the trade war uncertainty might be hanging over us for longer,” Torsten Slok, chief economist at Deutsche Bank AG (DE:), said in an interview on Bloomberg Television Wednesday. “It raises the risk that we could never see a phase two or phase three and therefore the uncertainty would basically not be going away.”

Both Trump and Vice President Mike Pence said last week they were optimistic the deal would be finalized at the summit.

Trump has previously hosted Xi at his Mar-a-Lago resort in Florida.