Home
Stocks
The Number One: This is the absolute worst candy to give out on Halloween
Prev Article Next Article

While Halloween Eve may be National Candy Corn Day, the households that hand out those tri-color sugar kernels are as despised as the ones that give raisins, pennies or toothbrushes, according to CandyStore.com.

The sweets seller studied several best and worst Halloween candy lists from BuzzFeed, HuffPo and Fox News, and surveyed 30,000 of its own customers to come up with their own definitive Halloween treat ranking.

And generic candy corn took the “worst” spot from circus peanuts, the spongy, banana-flavored marshmallow candies that have been the most hated on CandyStore.com’s list for the past few years.

The faux peanuts took the second spot this time around, with peanut butter kisses (aka Necco’s Mary Jane pieces, and not a delicious mix of Hershey’s HSY, +1.29%  Kisses or the chocolate company’s Reese’s Peanut Butter Cups) being branded the third worst candy. 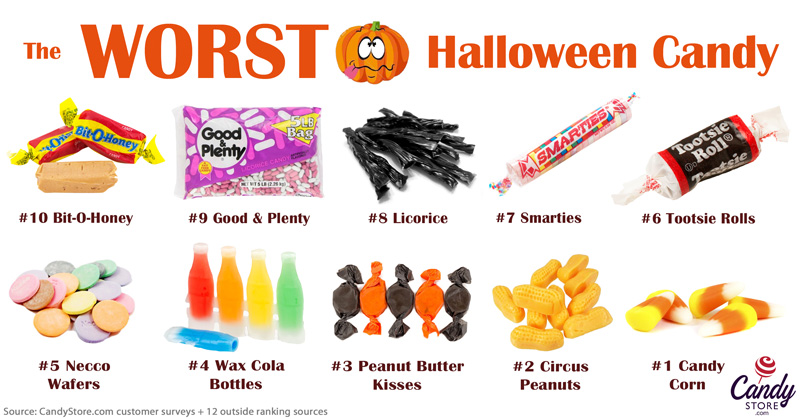 So which goodies will make you the best house on the block? CandyStore.com also drew up a map of which candies are the most popular by state. And Skittles from Mars Inc. were named America’s favorite overall, taking the top spot in places like California, Florida and South Carolina, followed by Reese’s Peanut Butter Cups and M&Ms. 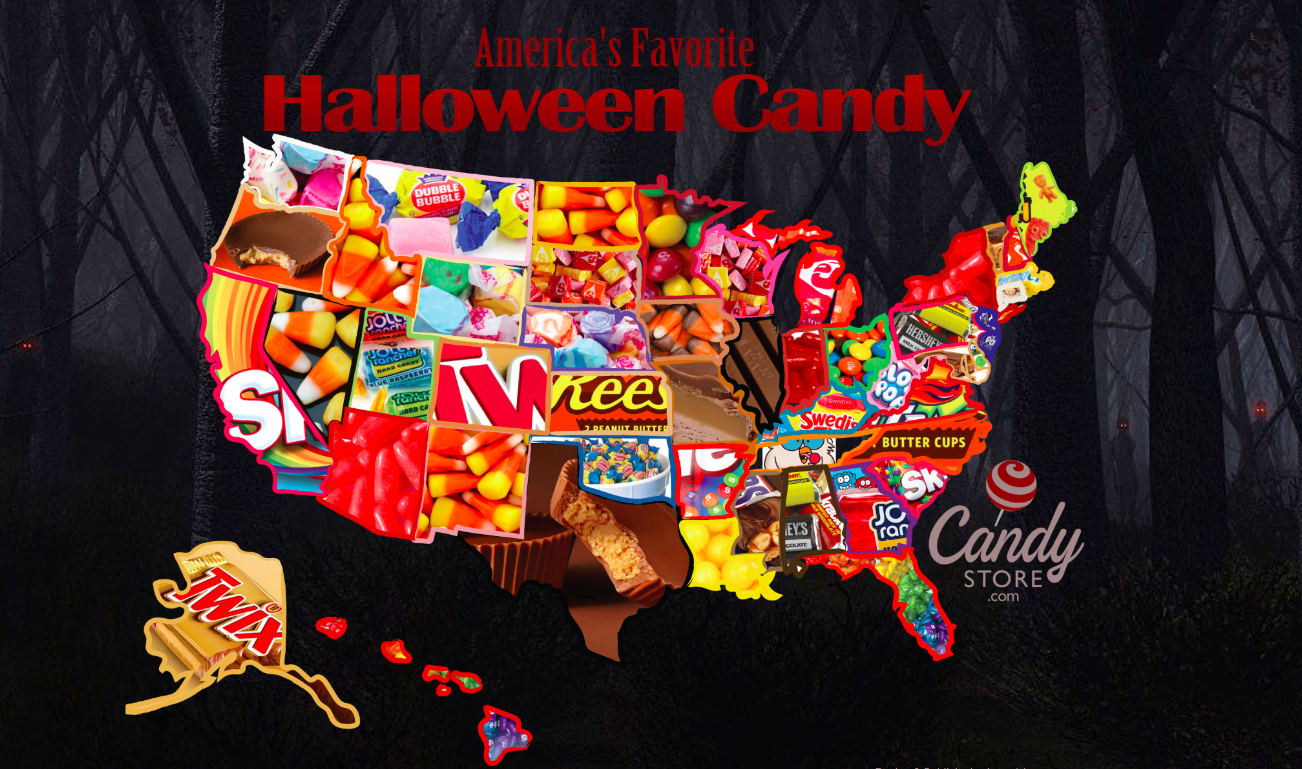 Most Americans (95%) celebrating Halloween will be buying candy this year, according to the National Retail Federation, spending a jaw-dropping $2.6 billion on the treats.