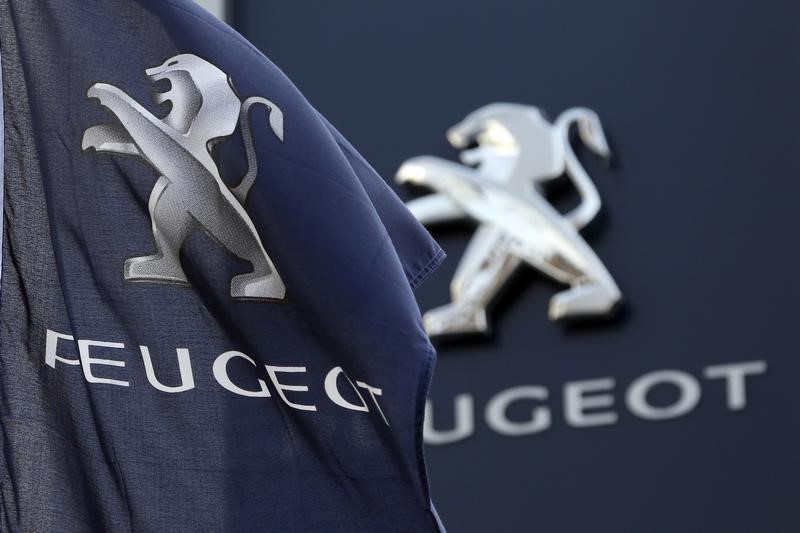 Investing.com — Confirmation of merger talks between Peugeot parent PSA Group (PA:) and Fiat Chrysler (MI:) sent both stocks skyrocketing on Wednesday, while Renault’s (PA:) made fresh losses on fears that it stands most to lose from any such combination.

By contrast, Renault (PA:) skidded another 3.3% to its lowest in six and a half years, amid a mounting sense of crisis at its strategic drift since its bust-up with Nissan over the fate of former chairman Carlos Ghosn. Fiat had dropped an approach to Renault earlier this year, grumbling about the degree of political interference from the French government.

Renault (PA:), which was forced to slash its guidance earlier this month after ousting its CEO Thierry Bollore, has every reason to be afraid. The move would create Europe’s second-largest automotive group, behind Volkswagen (DE:), with considerably improved pricing power vis-à-vis both suppliers and customers. And PSA, which did something that proved beyond General Motors (NYSE:) for nearly 20 years by making Opel profitable, has proved it can execute big, complex deals successfully (even if it has had a minor disaster in China, where it has had to slash and burn its joint venture with Dongfeng to stem losses).

The need for action could hardly be more pressing. Volkswagen (DE:) said on Wednesday that it expects auto markets “in many regions of the world” to shrink more than previously expected this year. VW now expects deliveries to be flat this year instead of rising slightly, but it nonetheless upheld its forecasts for a revenue increase of up to 5% and an underlying operating margin of between 6.5% and 7.5%.

VW, the world’s largest automotive group has the scale to live with a large new competitor. The same can’t be said for Renault (PA:), which would produce only half as many units a year as a combined FCA-PSA.

The strength of VW’s numbers was reflected in a 0.7% rise in its shares on Wednesday, despite the prospect of beefed-up competition on its European doorstep. That’s on a day when most of Europe’s bourses were in the red after some disappointing earnings. Losses were led, not for the first time, by Deutsche Bank (DE:), which fell 6.3% after reporting a larger-than-expected quarterly loss on restructuring charges and a poor trading result. Cosmetics group L’Oreal (PA:) was the honorable exception, posting stellar results as its long-standing investments in Asia continued to reap dividends.