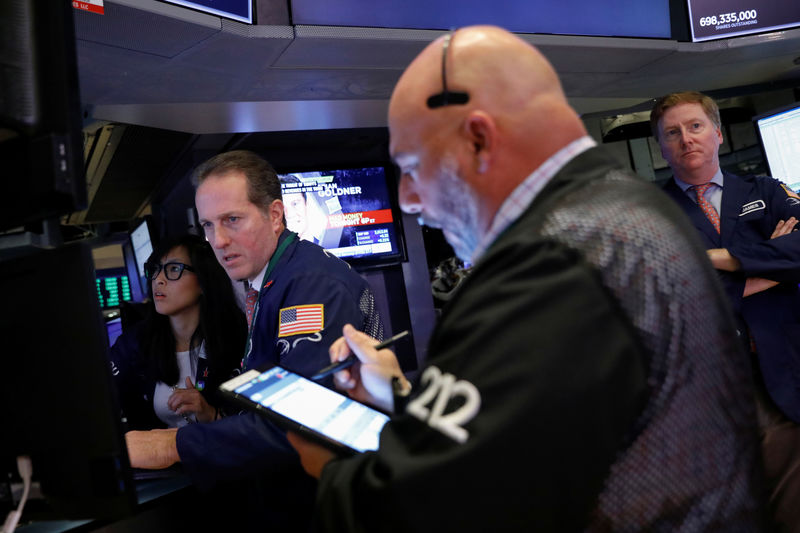 (Reuters) – U.S. stock index futures were little changed on Wednesday as investors digested a fresh batch of earnings reports ahead of a widely expected interest rate cut by the Federal Reserve later in the day.

The central bank has already lowered borrowing costs twice this year, with a drawn out U.S.-China trade war taking a toll on the domestic economy and raising fears of a slowdown.

Odds of a rate cut have ballooned to over 97% from about 40% a month earlier. Hopes of a rate cut and optimism around trade talks have pushed the benchmark S&P 500 to record highs in the last two sessions.

Nearly half of the S&P 500 companies have posted quarterly results so far, of which 77.1% have beaten profit estimates. Still, analysts are expecting a 1.9% drop in third-quarter earnings, according to Refinitiv data.

Before the Fed’s policy decision, a Commerce Department’s gross domestic product report is likely to indicate that the U.S. economy is losing speed, but not tipping into recession.

Among other stocks, Mattel Inc (O:) surged nearly 20% after the toymaker reported a surprise jump in quarterly revenue on higher demand for newer models of its flagship Barbie brand and dolls based on Korean pop-sensation BTS.

Johnson & Johnson (N:) rose 2.8% as the company said 15 new tests found no asbestos in a bottle of baby powder that the U.S. Food and Drug Administration says tested positive for trace amounts of asbestos. FDA said it stands by its finding.