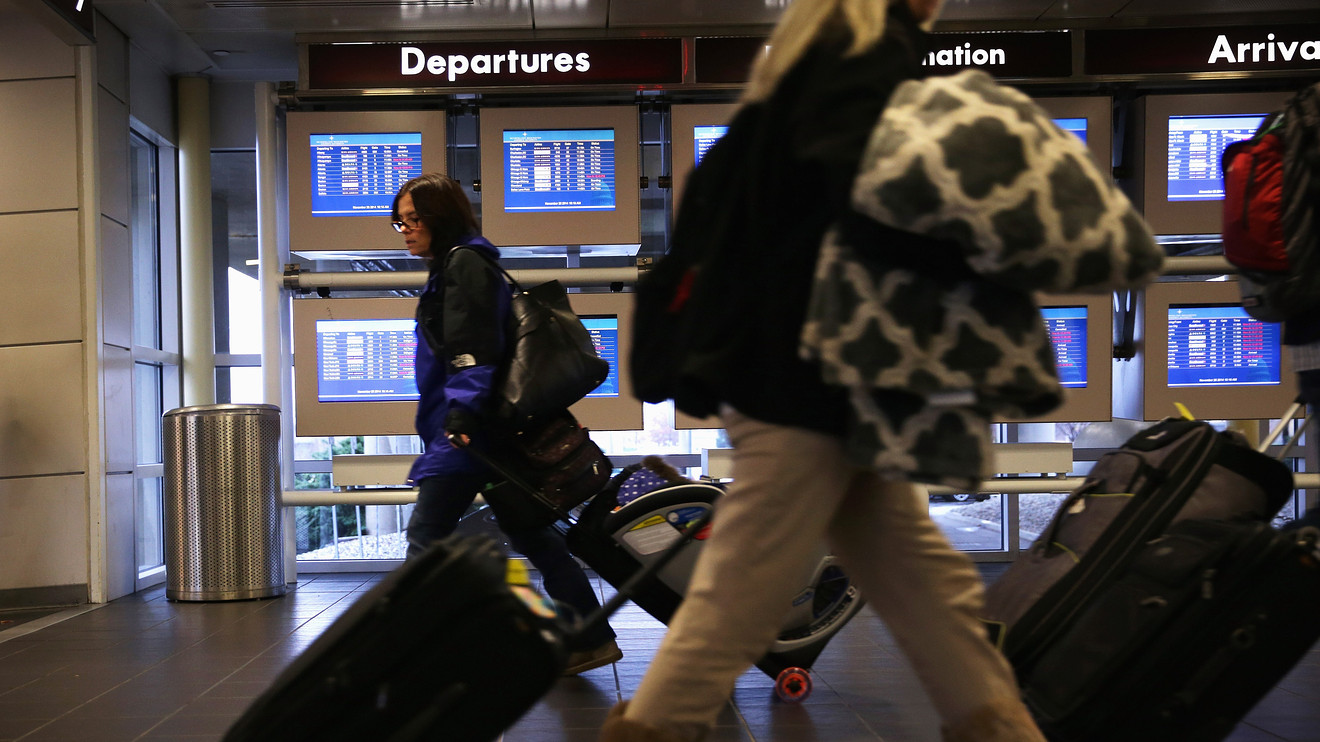 When booking a flight to a city with more than one airport, how do you know which one to choose? If you’re like a majority of Americans, you’re guided in part by your wallet.

More than 7 in 10 U.S. airline passengers (72%) say ticket price is a key deciding factor when choosing an airport to fly into or from, according to a 2019 survey commissioned by NerdWallet and conducted online by The Harris Poll among more than 1,800 U.S. adults who have ever flown on an airplane.

But travel experts suggest you shouldn’t decide based on ticket price alone. Before locking in a reservation, here are other factors to consider.

Compare a direct flight against one with a layover. The latter might save you money, but cost you in comfort and convenience as you squeeze into a puddle-jumper and have to gate-check your carry-on.

“Living on the West coast of Michigan, we have a lot of choices of airports,” says Heather Houtman, a travel adviser and owner of Winsome Travel Design in Holland, Michigan, via email. Airports in Houtman’s region include Gerald R. Ford International in Grand Rapids, Capital Region International in Lansing, Detroit Metropolitan Wayne County, and Chicago’s O’Hare International and Midway International.

“What we consider is availability of direct flights, times of departures and arrivals, and least of all is price.”

When you have choices among airports, one may be cheaper or more convenient to fly into — but what will it cost you in time? Some airports are notorious for late departures, “ground stops” that delay all arrivals, or both. The Bureau of Transportation lets you search on-time statistics by flight number.

Related: Travelers rank the best hotels in the world, and there are plenty of surprises

For example, the 9:15 p.m. JetBlue JBLU, +1.25%   flight from New York’s LaGuardia Airport to Fort Lauderdale, Florida, might be more convenient to your hotel than flights from LaGuardia to, say, Palm Beach International. But per Bureau of Transportation statistics, among flights with delayed arrivals of more than 30 minutes, that LaGuardia-to-Fort-Lauderdale route was the most consistently delayed flight in the U.S. in June 2019.

If you’re on a tight schedule, the amount of time you’ll spend standing in security lines counts. Fortunately, there are tools that can help.

Say you’re flying out of Chicago and have a choice between O’Hare and Midway. You can download the Transportation Security Administration’s MyTSA app and see which one tends to have the shorter security line wait time for your travel window.

Keep in mind, too, that having Global Entry or TSA PreCheck can help expedite the airport security process.

Getting to and from the airport

Even if you’re saving upfront on your ticket, factor in the expense and ease of getting from the airport to where you need to be. An airport a bit farther from the city center might cost less to fly to, but you may end up spending more time and money to get to your final destination.

When traveling to Washington, D.C., “I will always fly into Reagan over Dulles,” says Melissa Terrio, who travels several months of the year for her job as director of graduate recruiting and admission at the Foisie Business School in Worcester, Massachusetts. “By the time you get from Dulles into D.C., it’s more expensive in the end because there’s limited public transportation … and a taxi can be cost-prohibitive.”

When you have a choice between arriving at a bustling hub or a smaller regional airport, the latter option can be less stressful, says Melita Siemak, a travel adviser and owner of Pacific Heights Travel in Manhattan Beach, California, via email.

Large airports can be overwhelming. Gates can be farther apart, lines can be longer, crowds can be bigger and louder.

“Sometimes smaller makes it easier to get through the airport,” Siemak says.

Also on MarketWatch: Science: The holidays are killing us

What if your flight gets canceled or overbooked? It can be less of a problem if your departure airport has multiple options to get you to your destination in time for a business meeting or a bedtime story.

Someone trying to get to Cleveland after missing their flight from New York’s Kennedy Airport might be out of luck, as there may be only a handful of direct flights a day between JFK and Cleveland Hopkins International. But if you miss your flight from New York’s LaGuardia, there often are more nonstop options to that Cleveland airport, increasing your chances of catching a later plane.

Robin Saks Frankel is a writer at NerdWallet.