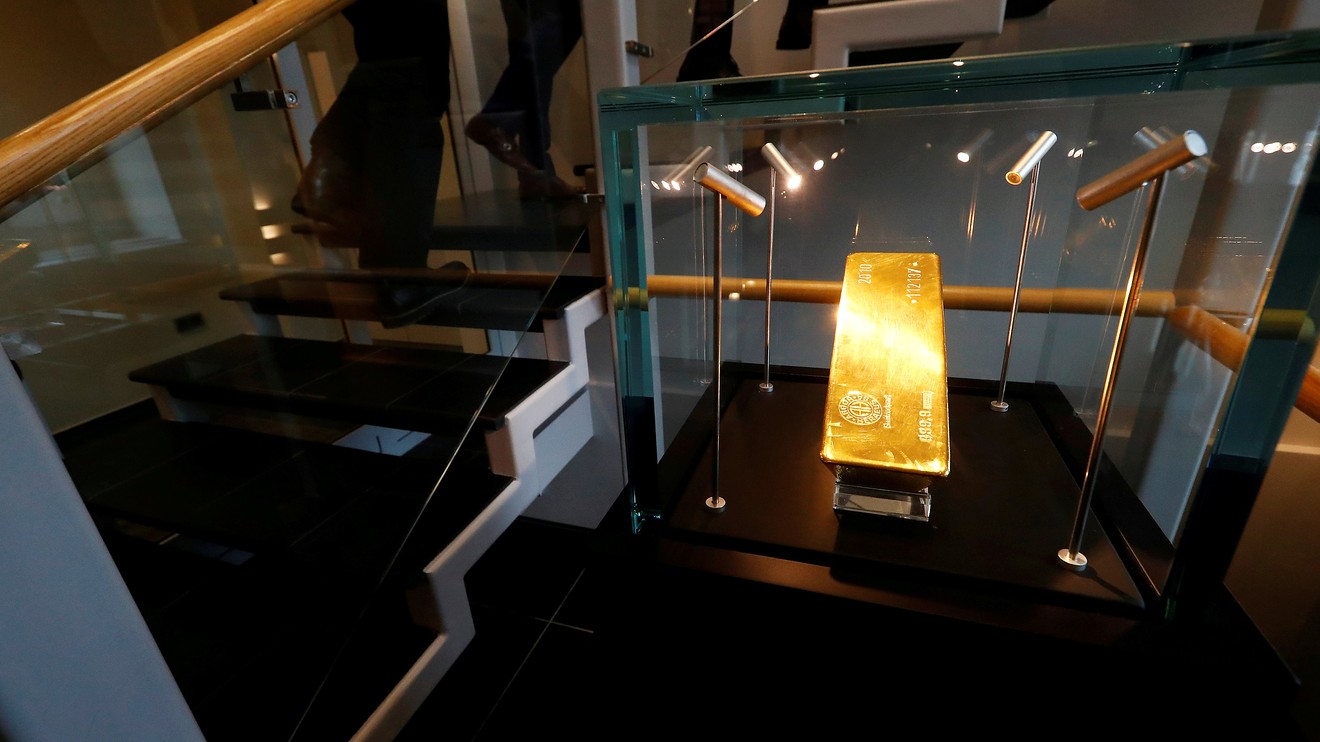 Gold futures were clinging to a small gain Wednesday after data showed third-quarter gross domestic product grew at a faster-than-expected pace, while investors awaited the outcome of a Federal Reserve meeting that’s expected to deliver the third interest rate cut this year.

The yellow metal trimmed a modest gain after data showed third-quarter U.S. gross domestic product expanded at a 1.9% annual pace, slowing from 2% in the second quarter but coming in above the average forecast by economists for growth of 1.6%.

The Fed concludes a two-day policy meeting Wednesday and is widely, though not universally, expected to deliver a quarter-point interest rate cut, its third of the year. The GDP data, however, reinforces expectations the Fed will seek to cool expectations for additional rate cuts.

Traders have already scaled back bets for further reductions later this year and in 2020.

Read: 3 things to watch from the Fed meeting

Fed monetary policy easing is seen as a positive for gold for a variety of reasons, including downward pressure on bond yields, which reduces the opportunity cost of holding non-yielding assets like commodities. Lower interest rates can also put pressure on the U.S. dollar, making gold and other commodities priced in the product less expensive to users of other currencies.

“The probability of another rate cut this year is seen as being below 30%. Thus the reaction from gold would be correspondingly positive if the Fed raises the rate cut expectations,” said Carsten Fritsch, commodity analyst at Commerzbank, in a note. “Though this shouldn’t be all that difficult given how low expectations currently are.”